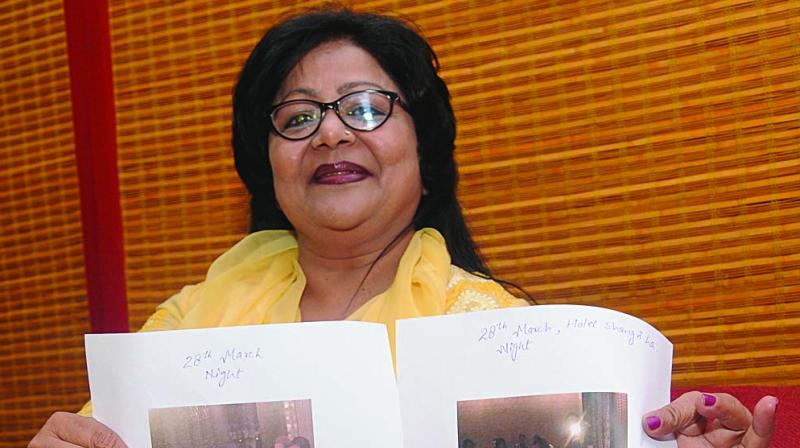 New Delhi: Two days after former Delhi Congress chief Arvinder Singh Lovely and the president of the Delhi Youth Congress quit the grand old party alleging unfair distribution of tickets, the party faced another shocker on Thursday with president of the Delhi Mahila Congress Barkha Singh stepping down from her post. Even though she “dismissed” any plans to quit Congress claiming to be a “loyal soldier,” Ms Singh hit out at party vice-president Rahul Gandhi and Delhi unit chief Ajay Maken.

“I will not quit the Congress and continue to wage my war within the party,” she said.

Delhi Congress spokesperson Sharmishtha Mukherjee said that Ms Singh was settling her “personal grudges” and “hurting” party interests at a crucial time when the MCD polls are round the corner. “She is not a ‘loyal soldier’, but a backstabber who is deliberately trying to harm the party at a crucial juncture,” Ms Mukherjee said.

However, Ms Singh, who had complained against “neglect” of women workers in ticket distribution for the municipal elections, alleged that the voice of party workers was “snubbed” and their grievances were not addressed.

Charging the Congress vice-president with not meeting leaders, she said Mr Gandhi was “reluctant” to address “issues” within the party organisation.

“Delhi Congress president (Mr Maken) not only misbehaved with me, but also with other office-bearers of Mahila Congress at his residence. When the matter was brought to the notice of Rahul Gandhi, nothing happened,” said Ms Singh, a former chairperson of Delhi Commission for Women (DCW).

Charging the Congress vice-president with not meeting party leaders, she said Mr Gandhi was “reluctant” to address “issues” within the party organisation. “Why is he scared of meeting his own party members? Several senior leaders have quit the party because of this very reason — his reluctance over addressing issues that exist within the organisation,” she added.