The Delhi Commission for Women had also demanded the arrest of the self-styled godman. 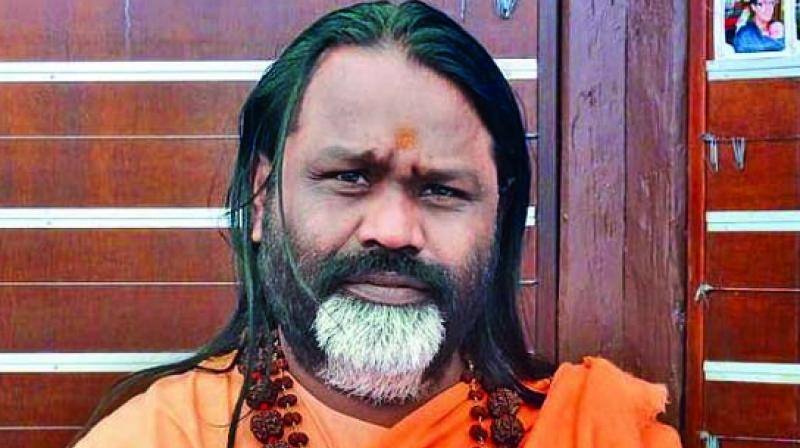 New Delhi: The high court on Friday directed Delhi police to file a status report of its probe in the sexual assault case filed by a woman against self-styled preacher Daati Maharaj, after she pleaded the court to transfer the case to CBI.

Justice Mukta Gupta issued a notice to Delhi police crime branch on the victim’s petition, in which she also urged the court to direct the investigating agency to arrest the accused.

The court listed the matter for further hearing on August 30. The plea sought a direction from the court to the probing agency to conduct a fair investigation. It said the agency should seize the Daati’s ashram and appoint a receiver to administer its activities.

The court had previously refused to hear a similar plea by an NGO, saying it had no locus standi in a criminal matter. A complaint was filed against Daati on June 7 and an FIR was registered on June 11. On June 22, police questioned the Daati Maha-raj for raping his disciple. In its petition, the NGO had alleged that the investigation carried out by Delhi Police seemed to be “biased and unfair” as no arrest has been made so far., which could lead to influencing of witnesses and destruction of evidence. The accused has claimed he was being framed in the case.

The woman has filed the case against the preacher, his three brothers and a woman at Fatehpur Beri police station in South Delhi. The case was later transferred to the crime branch.

In her petition, she has claimed that the accused and his associates were interrogated by the crime branch on different dates but were not arrested. It said the FIR against him has been registered for alleged heinous offences of rape, unnatural sex, molestation and common intention under the IPC.

A trial court had taken strong exception to the manner in which the probe was being conducted in the rape case, saying the investigating officer had not been able to explain the efforts made to ensure that the accused does not abscond during the investigation.

It had directed the DCP (Crime Branch) to monitor the probe and ensure a status report is filed before the court every week. A Delhi Police team, accompanied by the woman, had visited the ashram in Pali city in Rajasthan to gather evidence, but they failed to find the accused there.

The Delhi Commission for Women had also demanded the arrest of the self-styled godman.