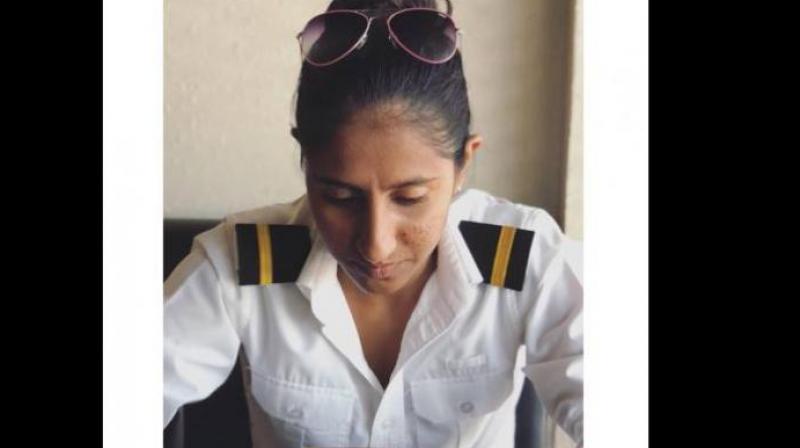 Nisha Sejwal (19) was passionate about flying but little did she know that her dream of becoming a pilot would come crashing down so soon.

New Delhi: Police and aviation authorities in Florida’s Miami-Dade are scouring a swampy grassland for clues to help explain what caused the midair collision between two small aircraft in which an Indian woman trainee pilot and three others died.Nisha Sejwal (19) was passionate about flying but little did she know that her dream of becoming a pilot would come crashing down so soon. Her last test flight ended in a tragedy early this week. She was among the four trainee pilots who were killed when two small training aircraft from a flight school collided midair in the US state of Florida on Tuesday. Nisha’s Facebook posts revealed her passion for flying. “The best way to predict the future is to create it.#pilotlife,” reads one of her posts of December last year.

“Getting high is my job,” reads another post. Her cousin, Sneha Sejwal, recalled her to be an “ambitious” woman who was looking forward to getting her commercial flying license. “Nisha wanted to be a pilot and that was her dream. This was her last test flight. After this, she would have received a commercial flying license. She had received a private flying license in April and was quite excited for her last test flight,” said Sneha. After her schooling in Amity International School, Saket, Nisha joined Dean International flying school in Florida in September last year. Incidentally, Nisha’s cousins Virender and Preeti, are also pilots, who took their training from Dean International Flying School and were also her inspiration. Sneha learnt about the incident thro-ugh a cousin but she was hoping and praying that it was not Nisha who was on that flight.

Nisha’s family was planning for a vacation to Florida this month. They had even applied for a visa last month but it was rejected. Nisha has an elder sister who is pursuing her masters through correspondence while her younger brother is in class 12. Nisha’s father has an Amul dealership and her mother is a housewife. On Tuesday, two aircraft, Piper PA-34 and Cessna 172, belonging to Dean International Flight Sch-ool based at Miami Execu-tive Airport, smashed into each other in the sky and plummeted to the ground, 14 kms west from where they took off.