The total number of dengue cases recorded till October 14 had gone up to 5,220. Of these, 2,564 were residents of Delhi. 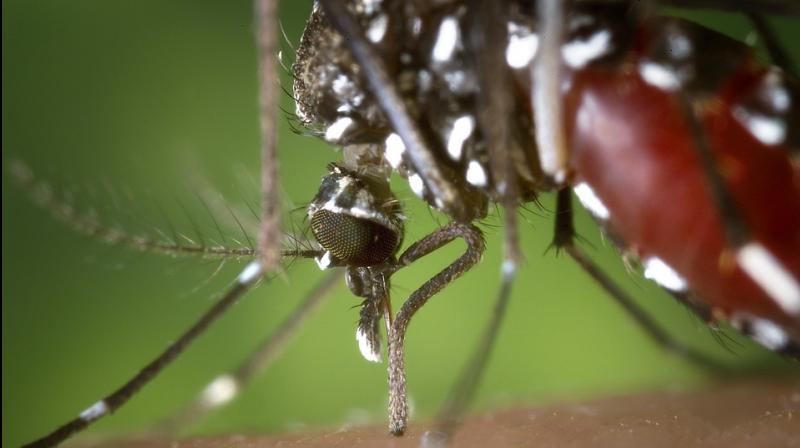 Earlier, in the first dengue death reported by the MCDs this year, a 12-year-old boy had succumbed to the disease. (Photo: Pixabay)

New Delhi: Two more deaths due to dengue were reported in Delhi, taking the toll due to the vector-borne disease this season to five.

Both the deaths were reported from the Delhi government-run Lok Nayak Jai Prakash (LNJP) Hospital in Central Delhi. While one of the patients died in August, the other succumbed in September.

The civic bodies, however, have not acknowledged the two fatalities till now. Over 860 cases of dengue have been reported at LNJP Hospital alone so far, doctors said.

The total number of dengue cases recorded till October 14 had gone up to 5,220. Of these, 2,564 were residents of Delhi, while the rest were from other states. Of the 2,564 Delhi cases, 757 were reported this month, the report said. a report from municipal authorities had said.

Earlier, in the first dengue death reported by the MCDs this year, a 12-year-old boy had succumbed to the disease. Two more deaths were reported on October 16 by the South Delhi Municipal Corporation (SDMC), which tabulates data for the entire city. The hospitals, however, have reported more deaths due to the vector-borne disease but those remain unaccounted for in the municipal data.

Twenty-six-year-old Manipuri woman Rhoda Daimai, who was living in south Delhi’s Sarita Vihar, had died on August 27 of septicaemia and other ensuing complications while 49-year-old Meena Devi, hailing from Bihar, died of dengue shock syndrome on September 2, the report had said.

The number of malaria and chikungunya cases recorded in the city till October 14 stood at 1062 and 683 respectively, the report added.

Dengue and chikungunya both are caused by the aedes aegypti mosquito, which usually breeds in clean and clear water.