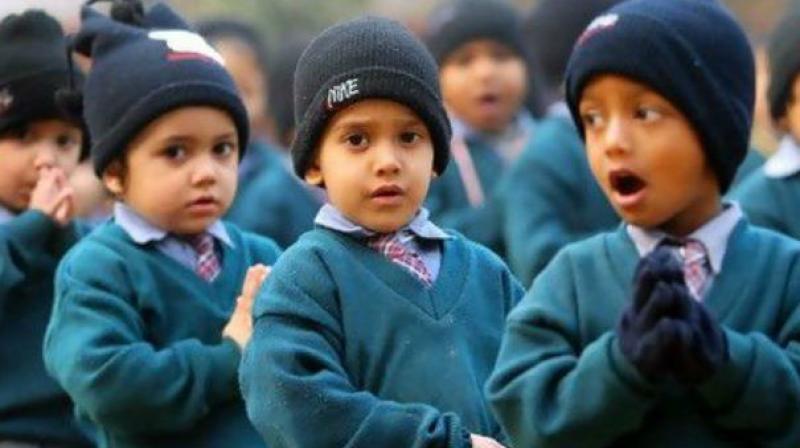 More than 60,000 applications were received only for nursery classes under the category. (Representational image)

New Delhi: The first list for admission to nursery classes under the EWS-DG category was released by the Delhi government on Monday night. However, parents are confused over the release of second or waiting list, as no notification has been issued yet.

For a total of 31,653 seats in the entry-level classes, including nursery, in the Economically Weaker Sections-Disadvantaged Groups (EWS-DG) in 1,156 private schools, more than one lakh applications were received and results were announced for 31,269 seats through draw of lots on Monday night.

The Delhi government had come up with the centralised online draw of lots for EWS-DG seats last year and this is the second such draw. Before this, individual schools used to conduct lottery at their own level and a centralised process was introduced with an aim to bringing transparency in selecting students from underprivileged sections.

In the circular issued by the department of education (DoE) in January, it says that the second list or waiting list (if any) will be displayed by March 17. However, even the first list, which was scheduled for March 7, was delayed till March 20 and no notification has been issued by the DoE till now regarding the second or the waiting list, leaving many parents confused.

Parents who did not get lucky in the first list enquired about the second list on Tuesday, but got no replies.

“The DoE should notify immediately regarding dates of second list. Parents who could not get selected in first list are anxious to know whether any second list will come or not. If yes, then when it will come,” said Sumit Vohra, founder of admissionsnursery.com, an online forum for the parent community.

The online platform received queries from several parents regarding this on Tuesday.