UGC has directed all the universities and educational institutes to screen these films regularly for the students. 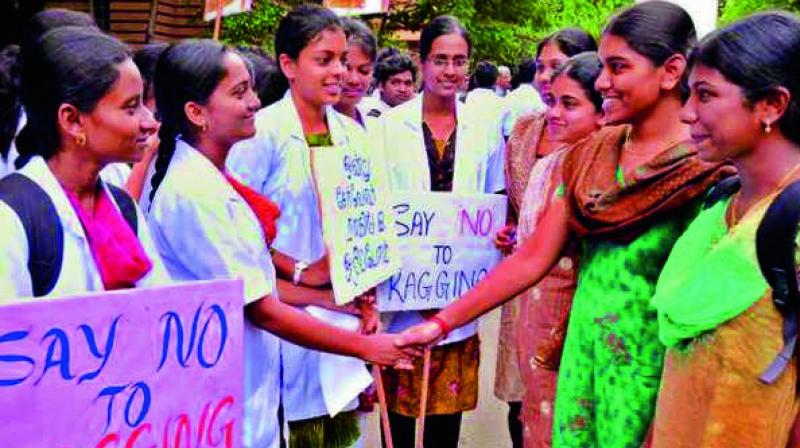 UGC has got developed four short films and a documentary film to counsel the students on the ill-effects of ragging.

New Delhi: With an aim to prevent ragging in all education institutes, the UGC has come up with four short films and one documentary to counsel students on the ill-effects of ragging.

The University Grants Commission (UGC) has directed all the universities and educational institutes to screen these films regularly for the students during their orientation programme.

“Ragging is a criminal offence and the UGC has framed regulations to curb this menace in higher educational institutes in order to prohibit, prevent and eliminate the scourge of ragging,” UGC secretary J.S. Sandhu said in a communication to vice-chancellors of universities and heads of institutions. “The UGC has got developed four short films and a documentary film to counsel the students on the ill-effects of ragging and the films have been uploaded on our website. All the universities and institutes are requested to show these films regularly to the students during orientation and other programmes,” the secretary added.

The higher education regulatory body had notified the “Regulations on Curbing the Menace of Ragging in Higher Educational Institutions” in 2009 according to which, action under the UGC Act will be taken against an institute which fails to take adequate steps to prevent ragging or does not act in accordance with the regulations or fails to punish suitably the perpetrators of incidents of ragging.