Delhi has 70 Assembly seats and before the delimitation, every constituency had four wards, but, now it ranges from 3-7. 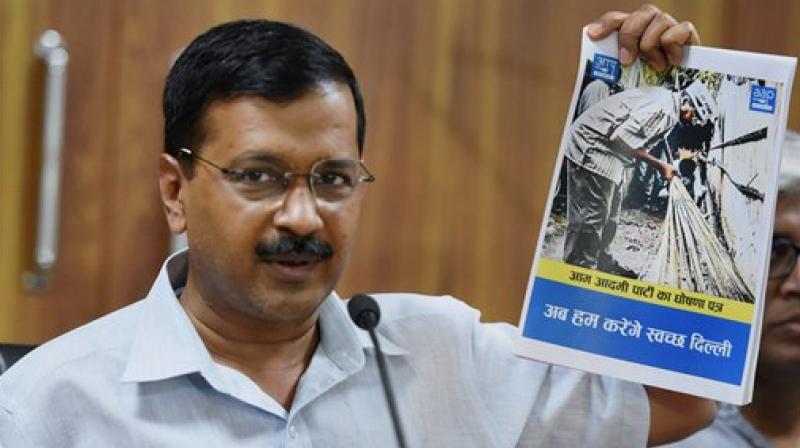 New Delhi: The national capital will elect its municipal councillors on Sunday, in a triangular high-octane contest, the political ramifications of which will go much beyond the city's borders.

The campaigning involving the three main players - AAP, BJP and the Congress --  was intense, marked by rancour, and the verdict will reshape the political equations in the country's power capital.

It will determine whether the sway of Arvind Kejriwal-led AAP - which had stunned all by bagging 67 seats in the 2015 assembly polls - still holds and if the Rajouri Garden defeat was due to hostile constituency dynamics.

For the BJP, holding on to power fighting a decade-long anti-incumbency is a challenge and an opportunity to blunt Kejriwal's attempts to emerge as the principal adversary of Prime Minister Narendra Modi.

The Congress, which has considerably increased its vote share in polls held after 2015 where it was reduced to zero, is hoping to gain its lost ground and make its presence felt, despite unabated infighting.

Addressing the booth-level workers, BJP chief Amit Shah had said a favourable verdict could be a stepping stone to victory in the next assembly election in the city.

The run-up to the polls have also been dominated by allegations of tampered EVMs, made by Kejriwal, a charge rejected by the Election Commission.

The Generation-1 electronic voting machines (EVMs) are to be used for the MCD elections, which the Commission has described as "foolproof".

The State Election Commission is gearing up to carry out the electoral exercise that will be spread over 13,000 booths spanning 272 wards.

Over 1.3 crore people are eligible to vote in the polls and of them more than 1.1 lakh are first-time voters.

Out of the 13,022 polling stations, police authorities have declared 3,284 as sensitive and 1,464 as hypersensitive.

For the first time in MCD elections, None Of The Above (NOTA) option will be available.

This would be the first civic poll after the latest delimitation which has redrawn the civic wards.

Delhi has 70 Assembly seats and before the delimitation, every constituency had four wards, but, now it ranges from 3-7.