Keeping in view of sensitivity of the case and increase snatching incidents in the district, a dedicated team was constituted. 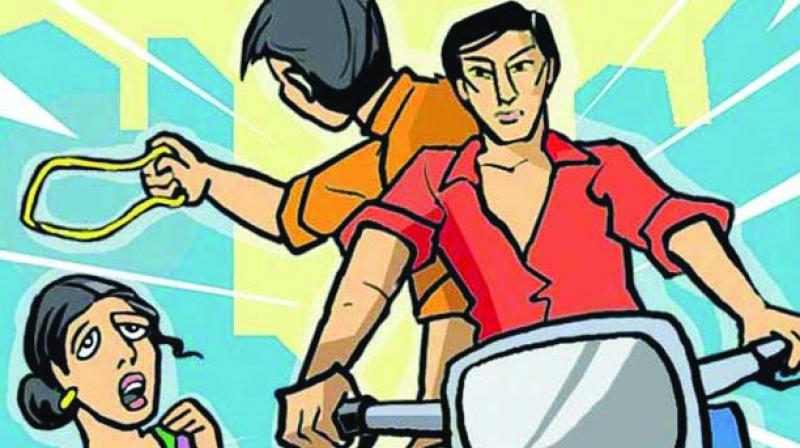 Keeping in view of sensitivity of the case and increase snatching incidents in the district, a dedicated team was constituted. (Rrepresentational Image)

New Delhi: With the arrest of three persons, the Delhi police on Monday claimed to busted a gang of chain snatchers, who were operating in East Delhi area .

On May 14, the complainant, who works as a school teacher, reported that at around 3.15 PM, when she was returning home after school, two unknown persons came on a motorcycle, snatched her gold chain and fled from the spot. However, passersby had noted the partial number of the motorcycle. Upon this, a case of snatching was registered at  Shakarpur police station and investigation was taken up.

Keeping in view of sensitivity of the case and increase snatching incidents in the district, a dedicated team was constituted. During the course of investigation, the team analysed several CCTV footages. The discreet investigation regarding the owner of the motorcycle and rider was made and it was revealed that the rider, Kunal alias Kapil, is staying in the house of his relative at Shakarpur area.

After getting information, the police party raided his hideouts and accused Kunal was apprehended. During sustained interrogation, he confessed his involvement and also revealed the names of his associates.