Trilokpuri, where communal clashes are the new normal 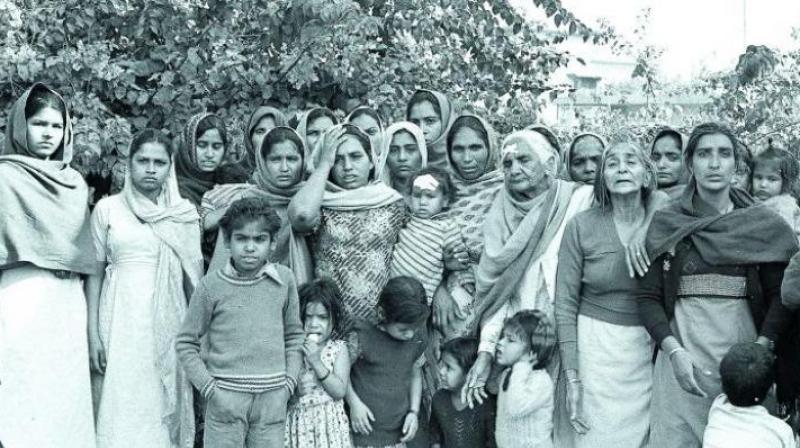 The area has a long history of communal tensions, whether it be the 1984 riots or the 2014 communal clashes.

New Delhi: Trilokpuri is the latest example of how illiteracy, unemployment and drugs can spark tension between communities. The area has a long history of communal tensions, whether it be the 1984 riots or the 2014 communal clashes.

Trilokpuri has always been surrounded by an unfortunate conjuncture of events, right from the beginning when the slum resettlement colony was set up in 1975-76 across the Yamuna River.

It remained peaceful for the next three decades after it came into existence. In 2014, a small fight near a makeshift temple snowballed into communal riots, leaving at least 50 people injured and resulting in a week-long curfew.

After 2014, the area has been witnessing clashes on a regular basis. Several youth have lost their cool and are always on their toes to get into a brawl. Many anti-social elements take advantage of the situation and convert it into communal clashes.

“The situation could have been much worse if the police hadn’t acted swiftly. The district police keeps a strict vigil on the miscreants but sometimes a small spat takes an ugly and bloody turn,” said Vijay Singh, the local pradhan.

“Basic problem in the area is not infrastructure. The government has provided all the basic amenities and now the Metro is also coming in the area. The problem is illiteracy and unemployment. Youth in the area are carried away by petty leaders for political motifs. Several illegal businesses are running in the area. They instigate these clashes and use it as a cover to continue their trade,” added Mr Singh.

The clashes on Friday and the one in February this year are some examples. Locals in Trilokpuri, who prefer development to communal politics, say the past riots have had a bitter impact on their lives and they have been trying hard to evolve from the shadow of the 1984 riots. However, the recent communal clash has once again dealt another major blow to their efforts.

Many senior locals are quite happy with the way sleuths of the Delhi police act in the area but much has to be done to counter such unforeseen events.

Locals say they have been trying hard to evolve from the shadow of the 1984 riots. However, the recent clash has once again dealt another blow to their efforts.