Garg’s mortal remains were taken to his residence in Ashok Vihar from where it was taken to Delhi BJP office at Pant Marg. 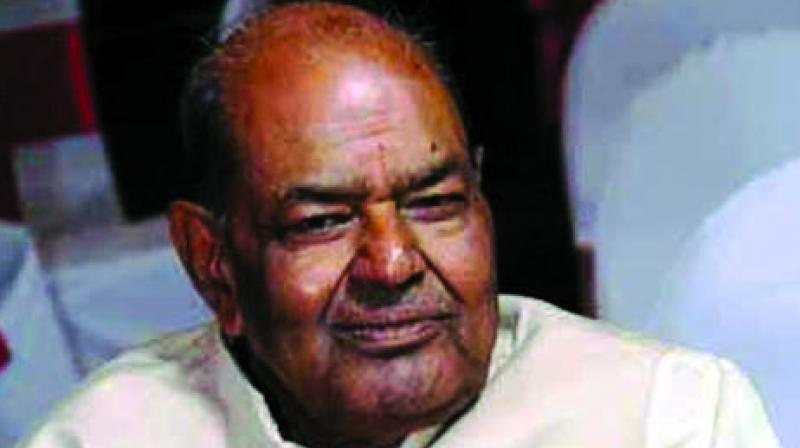 The demise of Garg, 83, was mourned by senior party leaders along with Prime Minister Narendra Modi who described him as a partyman with deep connect with Delhi, who selflessly served its people.

The PM tweeted: “Mange Ram Garg Ji had a deep connect with Delhi and that was seen in the manner in which he selflessly served the people of the city. He played a pivotal role in strengthening BJP in Delhi. His demise is saddening. My thoughts are with his family and supporters. Om Shanti.”

Delhi chief minister Arvind Kejriwal also condoled the demise of Garg. He died at about 7.30 am at Action Balaji Hospital in Paschim Vihar, north Delhi. He was not keeping well due to age-related issues.

Garg’s mortal remains were taken to his residence in Ashok Vihar from where it was taken to Delhi BJP office at Pant Marg. A large number of party leaders and workers gathered at the Delhi BJP office to pay their condolences.

Condoning his death, Mr Shah said Garg all along his life worked dedicatedly for the service of the people from the time of Jan Sangh till his death. Mr Tiwari said that Garg contributed immensely in the expansion of the party and always raised problems of the people.

Garg’s family members said that he had pledged his organs to the “Dadhichi Deh Dan Samiti” for which his body was taken to Lady Hardinge Medical College hospital. Garg was an MLA from Wazirpur constituency between 2003 and 2008. He had held a number of positions in the party, which included treasurer, district president and the BJP Delhi president.