Traffic comes to a halt as heavy rains hit Delhi-NCR

The fresh spell of rains has brought respite to the people of the national capital which has been witnessing humid weather conditions. 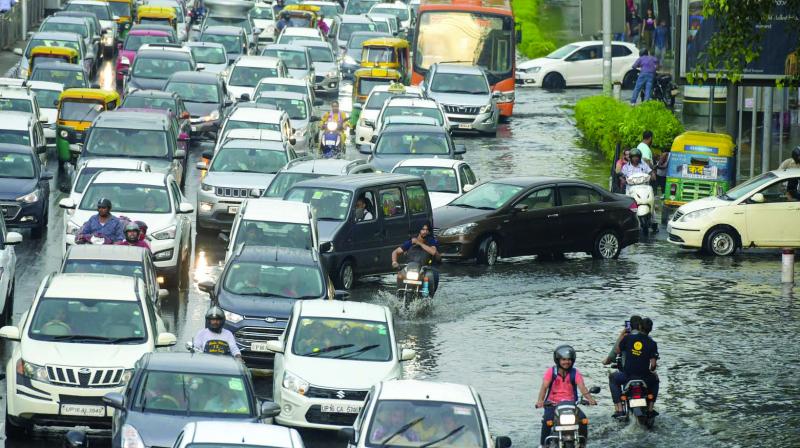 NEW DELHI: The national capital got a sigh of relief after heavy rains lashed the city and National Capital Region (NCR) on Sunday but it led to waterlogging and traffic congestion in some parts.

The fresh spell of rains has brought respite to the people of the national capital which has been witnessing humid weather conditions. The temperature dipped to 27 degrees Celsius, but traffic was halted due to water-logging.

Heavy rains affected traffic in many areas in Delhi like Mandi House, Punjabi Bagh, Wazir Pur due to waterlogging following which Delhi traffic issued advisories and were updating the public about the condition through its twitter handle.

Traffic was affected from Sagar Pur to Pankha Road and Mandi House to Sikandara Road. Traffic was also halted fror Ring Road to Central Market in Punjabi Bagh, Wazir Pur to Madhuban Chowk and Madhuban Chowk to Rithala due to water-logging.

According to reports, the rainwater accumulated on the route to the domestic airport of the capital due to heavy rain iin the city on Sunday morning Not only that, some areas adjoining Delhi such as Gurugram in Haryana were also choked for few hours due to heavy rains.