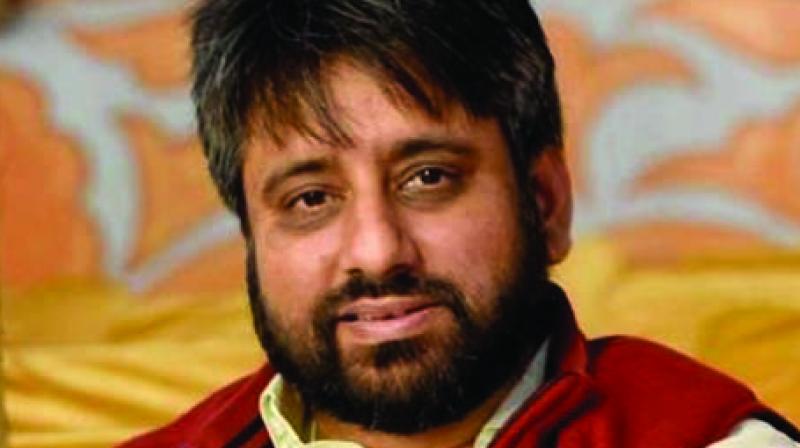 New Delhi: A Delhi court on Tuesday granted a month’s time to AAP MLA Amanatullah Khan to respond to a plea challenging his discharge in a 2010 case in which he was accused of threatening and obstructing labour department officers from rescuing child labourers from weaving units in South Delhi.

Special Judge Arvind Kumar directed Khan, who appeared before the court in pursuance to notice issued to him on the plea, to file his written response by September 28, the next date of hearing.

The court was hearing a plea filed by senior advocate H.S. Phoolka, on behalf of Rakesh Senger, a former National Secretary of NGO Bachpan Bachao Aandolan, alleging that the magisterial court, while discharging Khan and one Saifiullah Siddiqui, “ignored the evidence and material on record which was contrary to the facts and also against the well settled law”.

The case relates to the rescue of 15 child labourers by the police and and the NGO from ‘zari units’ in Batla House, Jamia Nagar here.

“The trial court has erroneously held that the rescue team cannot be said to be the guardian of the rescued children. It is once again reiterated that the rescue team and the SDM were lawful guardian of the rescued children who were taken away forcibly from their custody by the accused persons,” the petition, filed through advocate Shilpa Dewan, said. A magisterial court had on May 3 discharged both the accused and pulled up the police for its “lethargic” investigation.

An FIR was registered in Jamia Nagar police station on November 1, 2010 on the complaint of the then sub-division magistrate, who was leading the rescue team of child labo-urers in that area.The court said that cognisance of the charge sheet should not have been taken as it was filed after six years of lodging of the FIR, much beyond the time period permissible under the law.

The FIR had said 15 child labourers were rescued by the authorities from different zari units in a joint raid launched in Batla House area by a task force. on elimination of child labour, the sub-divisional magistrate, officials of the labour department, the Delhi police and child rights NGO Bachpan Bachao Andolan on November 1, 2010.

The children were taken to a vehicle of the NGO, but the accused (Khan) and others obstructed them from taking them away, shouted at the authorities and had an altercation with labour department officials, it was alleged.