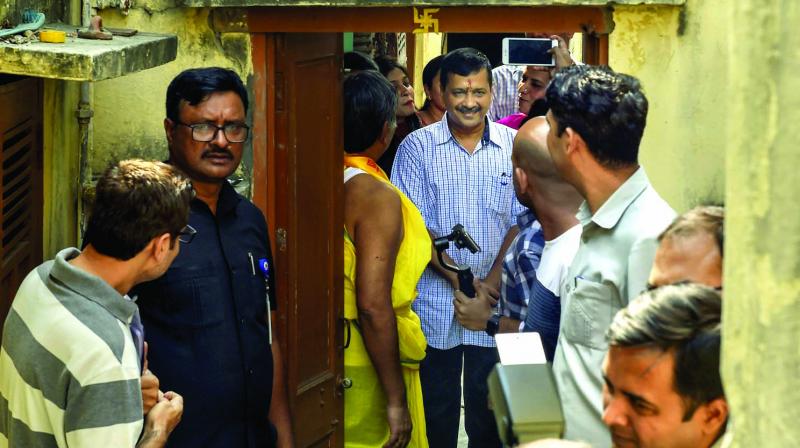 New Delhi: The Aam Aadmi Party (AAP) on Sunday launched a door-to-door campaign for 2019 Lok Sabha elections to “reach every Delhi house and seek cooperation and financial support from the people” of the national capital.

Chief minister Arvind Kejriwal launched the four-month campaign from New Delhi Lok Sabha constituency by himself leading the party’s teams to the houses of voters.

“We are launching the door-to-door campaign in Delhi from today. For the next four months, our three thousand teams will knock on every door to seek their cooperation and financial support for their own Aam Aadmi Party. People of Delhi are very happy with the work of Delhi government, particularly in the fields of education, health, electricity and water,” he said.

Mr Kejriwal said the key element of the door-to-door campaign will be to convince the people of Delhi that they should support and vote for the AAP even in the Lok Sabha elections.

“We will tell the people that don’t be misled by the false narrative of who will be the Prime Minister and keep the 2014 experience in mind. You elected BJP MPs on all seven seats and what did you get in return? Did these seven MPs do anything? Is there a single work done by them that you can recall?” he asked.

“What these seven MPs did was to create hurdles in the installation of CCTVs and setting-up of mohalla clinics through their Central government-appointed L-G,” the chief minister said.

Other ministers, MPs, and MLAs led the campaign in their respective constituencies.