The counsel of DSGMC and advocates appearing for complainant told the court that allegations leveled against Kumar were serious in nature. 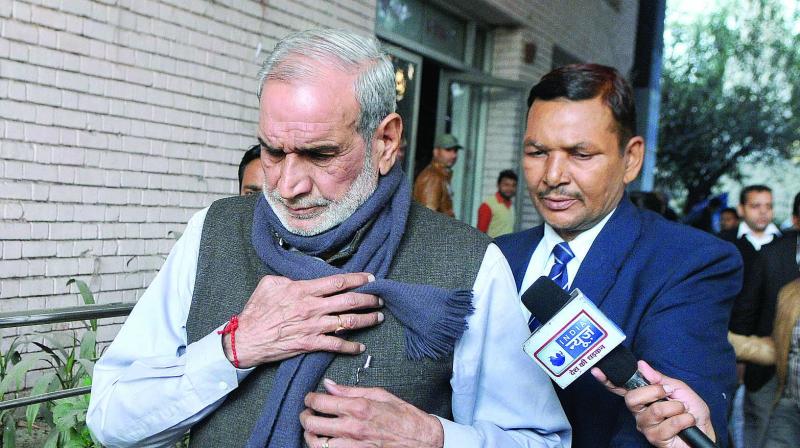 New Delhi: A Delhi court on Wednesday granted anticipatory bail to senior Congress leader Sajjan Kumar in connection with the 1984 anti-Sikh riots case. Kumar, through his counsel, had moved the anticipatory bail plea before the court of additional sessions judge Vikas Dhull. The court had on Wednesday reserved its order after hearing the submission of both the sides. This case is pertaining to the 1984 Sikh riots that took place in West Delhi’s Janakpuri and Vikaspuri. During the argument on Wednesday, the prosecution had opposed Kumar’s plea alleging that Sajjan Kumar was not cooperating in the probe. Anju Rana, the public prosecutor for SIT had demanded custodial interrogation of Sajjan Kumar. Anil Kumar, the investigation official of the SIT had told the court that they had summoned Sajjan Kumar twice but despite all efforts Sajjan Kumar appeared before them only once.

According to the prosecution, the case pertains to the killing of two Sikhs — Sohan Singh and his son-in- law Avtar Singh on November 1, 1984 in the jurisdiction of Janakpuri Police Station.

The second case pertains to the burning of a Sikh Gurcharan Singh on November 2, 1984 in the jurisdiction of Vikaspuri Police Station. Gurcharan Singh was half-burnt and remained in bed for 29 years. He died three years ago.