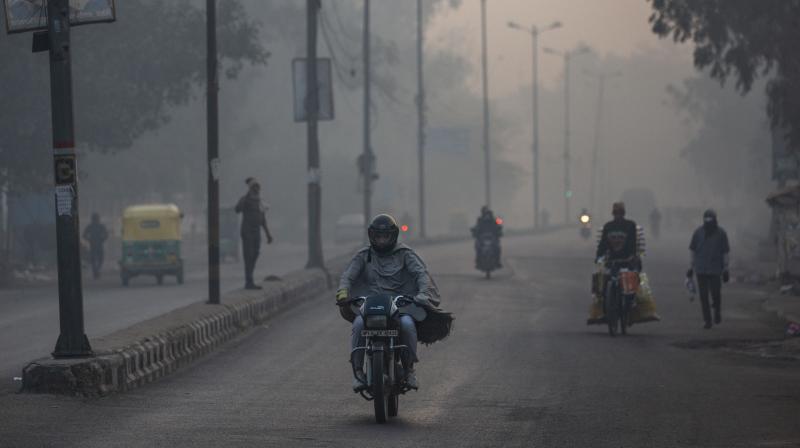 An Indian man wrapped in a shawl rides a motorbike on a cold morning in New Delhi. (Photo: AP)

New Delhi: Cold wave abated slightly in Delhi on Wednesday with the slowing down of icy northwesterly winds under the influence of a Western Disturbance affecting northwest India.

The minimum temperature at the Safdarjung Observatory, considered the official marker for the city, settled at 4.4 degrees Celsius.

An official at the India Meteorological Department said the temperature is set to increase up to eight degrees Celsius by the weekend under the influence of two back-to-back western disturbances in northwest India.

Air pollution levels in the national capital had entered the 'severe' category on Tuesday and the 24-hour average AQI read 402, a day after the Centre's air quality panel lifted the restrictions on construction and demolition activities in Delhi-NCR.