Education directorate asks its officials to identify Sarvodaya schools for this purpose. 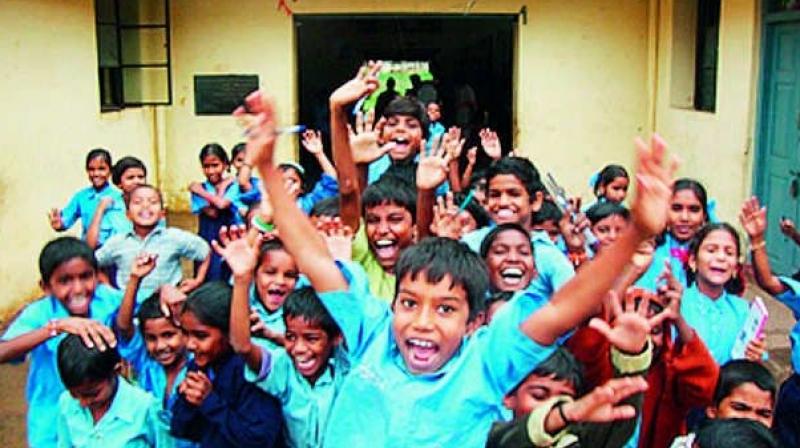 Out of the 447 Delhi government-run Sarvodaya schools, KG classes are available in 404 schools.

New Delhi: As private schools in Delhi are about to close their application process for nursery admissions, the directorate of education (DoE) has directed its officials to identify Sarvodaya schools where nursery classes could be introduced.

Out of the 447 Delhi government-run Sarvodaya schools, KG (pre-primary) classes are available in 404 schools. As per an official document, the DoE has also proposed to “start KG classes in schools where the same is not at present run”.

Director DoE Saumya Gupta has issued directions to the officials to identify schools where nursery classes can be started. But introducing nursery classes in each Sarvodaya schools from the coming academic session may not be possible due to reasons such as shortage of classrooms or availability of teachers, sources said. The DoE officials have been asked to give specific reasons for those schools where these classes cannot be started.

“After identifying the schools, estimates should be obtained from executing agencies (PWD/DTTDC/DSIIDC) for renovation, restructuring and refurbishing of classrooms for nurse-ry/KG sections as per requirements prepared in consultation with SCERT,” the document says.

The DoE has asked its planning branch to obtain more financial aid for starting pre-primary classes. It has also sought “proper utilisation” of the teaching staff and clearly defined “duties and responsibilities” for them.

Sarvodaya schools start their admission process in March every year for KG (pre-primary) and Class 1. Students are shortlisted on the basis of neighbourhood criteria. Children residing in the vicinity of 1 km of the school are eligible to apply and so are those who have a Sarvod-aya school within the three km radius of their homes.

If the number of applications received exceeds the required number of students, draw of lots are conducted to shortlist students. As per the last year’s guidelines, each Sarvodaya school was supposed to have two sections of 40 students each in pre-primary class.

As per the DoE guidelines, 25 per cent of the seats in all schools are reserved for students from the EWS.

So far, early childhood education in Delhi has been largely in the hands of private schools, with the government having very little say in their admission policies.