Nine students of a public school were taken ill last week after a dead rat was found in the meal served to them. 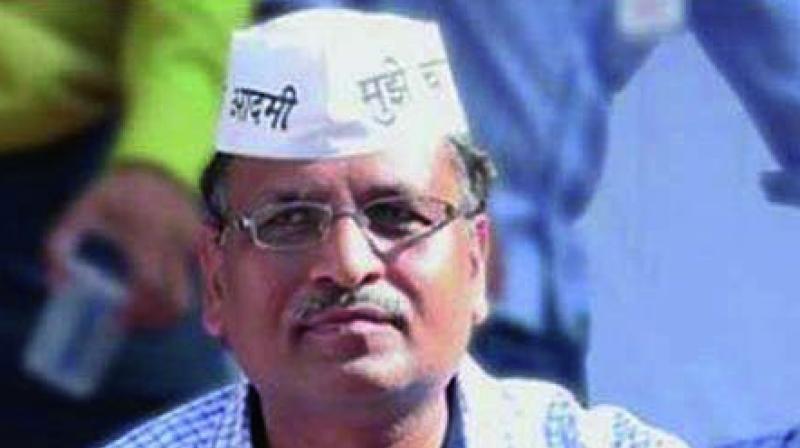 New Delhi: Delhi chief secretary M.M. Kutty has set up teams of senior bureaucrats to inspect kitchens of 33 NGO’s responsible for serving midday meals to 1,100 civic-run schools. The team will submit its report by Thursday.

Nine students of a public school were taken ill last week after a dead rat was found in the meal served to them. The government on Monday had directed the food safety officials to shut down the midday meal kitchens where hygiene is found “too lacking”.

Food safety officials, along with the city health minister Satyendar Jain, inspected kitchens where the midday meals are cooked. “Food Sample lifted,” he tweeted after the morning inspection.

Mr Jain said the government has empanelled 18 NABL-accredited private labs to scale up the sample collection and tests from 2,000 to 20,000 per year. The samples are required to pass the government’s food safety norms.

The empanelled labs have also been asked to do microbiological tests of food and cooking water samples. Even though hundreds of samples were lifted from midday meal kitchens in the last few years, no stringent penalty was imposed on the errant suppliers of midday meals.

The erring midday meal suppliers are required to pay a small sum as penalty, as per the tender terms, a government official said. The AAP government had recently courted controversy, with the BJP and Congress mounting attack on the ruling party after the police said that the students who were taken ill consumed meals supplied by the NGO run by an AAP MLA’s father-in-law.

“The director (education) shall have full rights to get the ingredients and the cooked meal tested any number of times, through any government-approved lab or any other authorised laboratory, at the time of cooking... In case deviation is found more than 5 per cent in the specification the organisations shall be liable to pay/deduction of penal charges as determined... . The testing fee of the sample shall be borne by department,” one of the tender documents of New Delhi Municipal Council says.