After humiliating defeat in election, bickering in BJP comes out in open

Mr Gupta, a former mayor of North Delhi, lost to AAP’s Shoaib Iqbal from Matia Mahal by a margin of over 50,000 votes. 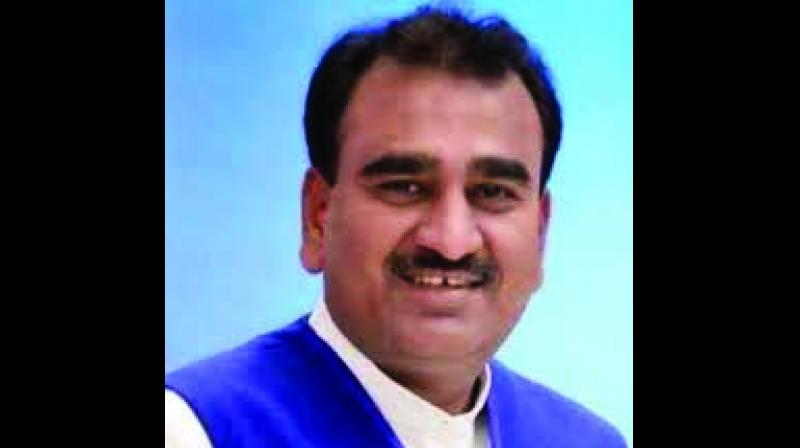 New Delhi: Days after BJP’s humiliating defeat in the Delhi Assembly polls, party’s city unit general secretary and candidate from Matia Mahal constituency Ravinder Gupta on Saturday raised questions on state leadership and said that the leadership must undertake self-introspection to find out reasons for the defeat.

Mr Gupta, a former mayor of North Delhi, lost to AAP’s Shoaib Iqbal from Matia Mahal by a margin of over 50,000 votes. Questioning the ongoing review on the direction of party’s central leadership to find reasons for the defeat, Mr Gupta told this newspaper that instead of asking reasons from workers for the humiliating defeat, the state leadership must do self-introspection as they are the ones who are responsible for the defeat.

“It’s an irony that even after having lost seven consecutive Delhi Assembly polls since 1998, we are preparing report on the party’s poor performance by taking feedback from workers. Now, it’s time for the state leaderships to do self-introspection as they are the ones responsible for defeat as they are the decision makers and takers. If the party was not able to form government even after 22 years, the state leadership must be at fault,” Mr Gupta said.

“To some extent, Mr Gupta is right as decision makers must be held accountable and they must self-introspect to find out the reasons for the defeat,” said a senior Delhi BJP leader.

On February 13, two days after the results were announced, BJP president J.P. Nadda held a review meet with the party’s city unit president Manoj Tiwari. He asked the state unit to submit a detailed report citing reasons for party’s humiliating defeat by next week.

Following the direction of Mr Nadda, Mr Tiwari held several rounds of review meets. However, meetings with party candidates have still to take place. Sources in the party said that earlier such meetings with candidates were normally held after voting took place. But no such meetings have been held till date.