Ms Singh was expelled from the Congress on Friday for indulging in “anti-party activities”. 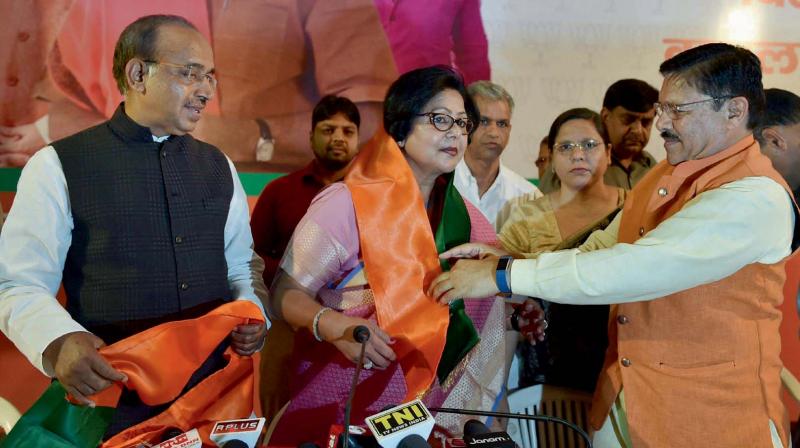 Ms Singh was expelled from the Congress on Friday for indulging in “anti-party activities”. After joining the BJP in the pre-sence of Union minister Vijay Goel and local unit in-charge Shyam Jaju, she lauded Prime Minister Narendra Modi’s policies.

“When I was the chairperson of the Delhi Commission for Women (DCW), I use to meet Muslim women who were suffering due to triple talaq. I wrote to Mr Modi three years ago, urging him to take up the triple talaq issue for protection of women. The way he has responded to it has satisfied me. But the Congress leadership asked me to leave this issue,” said Ms Singh.

Ms Singh claimed that during the last five years, the Congress leadership has totally lost contact with the people. “For long I was feeling suffocated in the party with no forum available to express my views which ultimately resulted in quitting the Congress. Like most people of the country, I have realised that the policies of Mr Modi of composite development for all fulfil the aspiration of the people and so I have decided to unconditionally join the BJP. I will work at the grassroots level in the BJP to ensure that the benefits of the Prime Minister’s schemes reach the poorest of poor,” Ms Singh added.