Boys need to be taught about menstruation: Manish Sisodia

The minister said that there was an urgent need for an overhaul of school system and mindset till the mention of menstruation is not frowned upon. 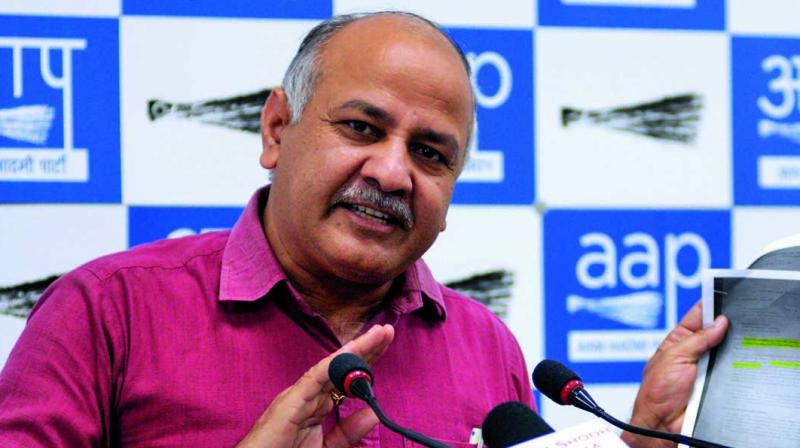 New Delhi: Sensitising boys about menstruation is the need of the hour, deputy chief minister Manish Sisodia said on Monday.

Speaking at the inaugural edition of National Menstrual Conclave, he highlighted the role of education system in instilling awareness about menstruation and menstrual hygiene in young boys and girls alike.

“The schools have become places within four walls, where kids consume education, but schools can play an important role in normalising issues that have become taboos over the years. It shows our lack of communication that a simple bodily function has become a taboo. Boys, more than girls, need to be taught about it. So girls and women can find a support system around them, and not feel alienated,” Mr Sisodia said.

The minister said that there was an urgent need for an overhaul of school system and mindset till the mention of menstruation is not frowned upon. “The campaign will be a success only when we don’t need more such campaigns and NGOs to address the issue. It will only be possible through creative and constructive participation of each member of the society,” the minister said.

Organised by a city-based NGO Sachhi Saheli in association with Aakar and Something Creative, the conclave aimed at eliminating taboos associated with menstruation and normalising discussions around the topic.

Mr Sisodia’s thoughts were echoed by Surbhi Singh, founder of Sachhi Saheli, who said that myths surrounding menstruation need to be busted and the subject needs to be brought out in the open.

“We want that discussion about menstruation should come out from the confines of closed doors to the open and people can talk about it comfortably. We want all myths and taboos surrounding menstruation to be busted but in a scientific way. We need to logically explain the relevance of certain ancient practices associated with menstruation. Every girl should be able to face it with confidence, not shame,” Ms Singh said.

The inaugural session was preceded by several poem recitations, skits and a qawwali performance by girl students of government schools from across the capital.