In the incident where Mr Singh was slapped, his PA gave a complaint against the woman on the night of April 2. 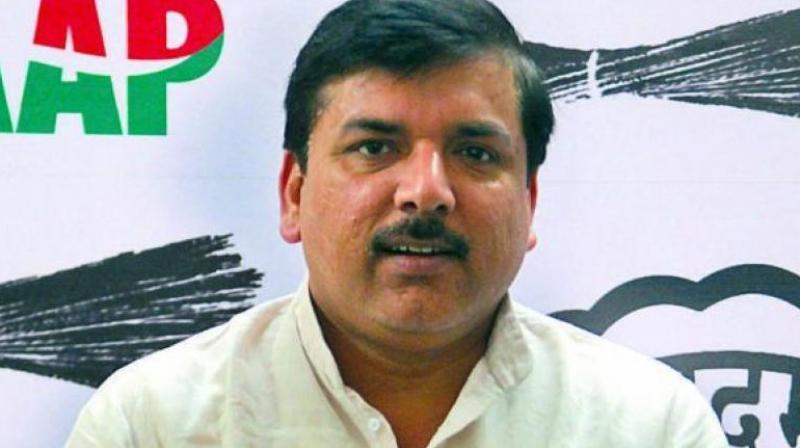 New Delhi: The Delhi police has registered a case against AAP leader Sanjay Singh’s personal assistant and an Aam Aadmi Party supporter for allegedly assaulting a woman supporter of the party last month, on Monday.

The woman had filed a complaint in west district’s Tilak Nagar police station last month, and after seeking legal opinion, the police registered a case.

On April 2, a woman allegedly slapped Mr Singh during a rally near Chaukhandi Chowk in West Delhi’s Tilak Nagar. When police reached the spot, nobody was found there. AAP leader Jarnail Singh, who had made the call to the Police Control Room was contacted, and he told them that they would lodge a police complaint in the matter.

The woman party worker, who claimed she was not allowed to raise the issue of alleged corruption in MCD poll ticket distribution in the party, filed a police complaint against Mr Singh’s staffer. She visited Tilak Nagar police station on the same day along with her husband and gave a written complaint alleging that she was molested by Mr Singh’s PA and an AAP supporter, police said.  She even submitted an audio and video recording of the alleged incident, they added.

Following her complaint, the police sought legal opinion from an additional solicitor general in the High Court. He opined that a case is made out under  section 354 of the IPC (Assault or criminal force to woman with intent to outrage her modesty, punishable with a maximum term of two years and fine).An FIR was lodged on May 17 against Singh’s PA Ajeet Tyagi and an AAP supporter Inayatullah Khan.