Jaitley had warned Jethmalani then that he would aggravate the charges against Kejriwal. 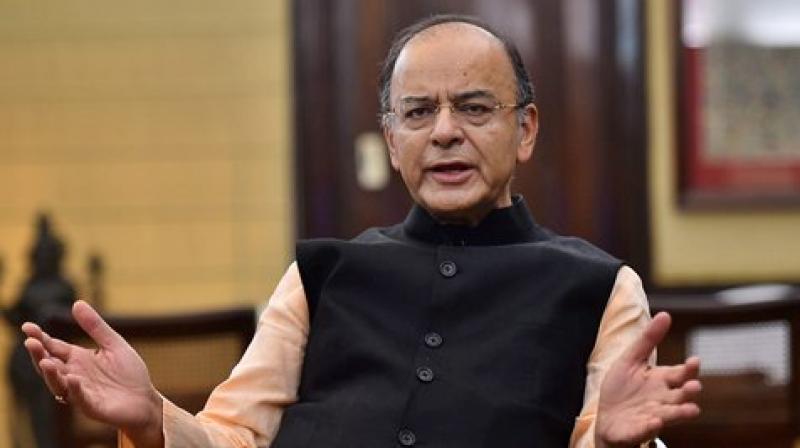 New Delhi: The Delhi High Court on Tuesday sought the response of Arvind Kejriwal on a fresh Rs 10 crore defamation suit filed by Union Minister Arun Jaitley over the use of an objectionable word by the Chief Minister's lawyer Ram Jethmalani recently.

Joint Registrar Pankaj Gupta issued notice to Kejriwal asking him to respond why the defamation proceedings should not be initiated against him.

The High Court's Joint Registrar, who presides over the procedural aspects of a civil suit before it is heard by a court, fixed July 26 as the next date of hearing, by when the Chief Minister has to file his response.

Jaitley, who holds twin portfolios of Finance and Defence, filed the second defamation suit after Jethmalani allegedly "abused" him in open court during the proceedings of another defamation suit he had filed against the Aam Aadmi Party (AAP) chief and five other party functionaries.

During the cross-examination of the Union Minister on May 17 before Joint Registrar in the Delhi High Court, Jethmalani had used a term Jaitley had found objectionable.

A day after, Justice Manmohan, who was hearing a connected matter, had termed as "scandalous" the remarks made by Jethmalani against Jaitley before the Joint Registrar during the cross-examination.

Terming the word as not only "false, baseless, malicious and abusive, but is per se defamatory", Jaitley, represented by senior advocate Sandeep Sethi, said he was "subjected to numerous questions, terminologies/statements that are ex-facie abusive, malicious, offensive, irrelevant and slanderous".

"Clearly, the defendant (Kejriwal) has brazenly and with a malafide intent to cause further prejudice, damage and loss to the name, reputation and credibility of plaintiff (Jaitley) has deliberately used the terminology against him," the second law suit filed through advocate Manik Dogra said.

The suit said the union minister enjoyed a reputation of honesty and probity and had sacrificed large professional earnings in order to undertake public service.

"These per se defamatory statements made on specific and categorical instructions of the defendant are politically motivated to cause serious damages to the reputation of the Plaintiff in an entirely irreversible manner.

"As such, the defendant has made himself liable for irreversible and uncountable damage caused to the plaintiff and is liable to compensate the plaintiff by a sum of Rs 10 crore," the suit said.

Jethmalani, who was expelled from the BJP for six years in 2013, had told the Joint Registrar that he used such words against Jaitley during the proceedings on the instructions of Kejriwal.

However, Anupam Srivastav, the advocate on record for Kejriwal, had submitted that there was no instruction on the use of the word by the Chief Minister.

The court proceedings had ended abruptly following the heated exchanges between the lawyers of Jaitley and Kejriwal.

Jaitley had warned Jethmalani then that he would aggravate the charges against Kejriwal.

The senior BJP leader's cross-examination remained inconclusive and will now take place on July 28 and July 31.

The AAP leaders had accused the BJP leader of corruption as the President of the Delhi and District Cricket Association (DDCA), a post he had held from 2000 to 2013.

Jaitley, who had denied all the allegations levelled by the AAP leaders in December 2015, had filed a civil defamation suit seeking Rs 10 crore damages from Kejriwal and five other AAP leaders, claiming they had made "false and defamatory" statements in the case involving DDCA, thereby harming his reputation.

The AAP leaders had allegedly attacked Jaitley and some of his family members in various fora, including the social media, over the alleged irregularities and financial bungling in the DDCA.

The five other accused in the first defamation case are Raghav Chadha, Kumar Vishwas, Ashutosh, Sanjay Singh and Deepak Bajpai.

Besides the civil defamation suit, Jaitley has also filed a separate criminal defamation case in the trial court against the AAP leaders.