The I-T department has been investigating both domestic and foreign sources of funding for AAP for the past few years. 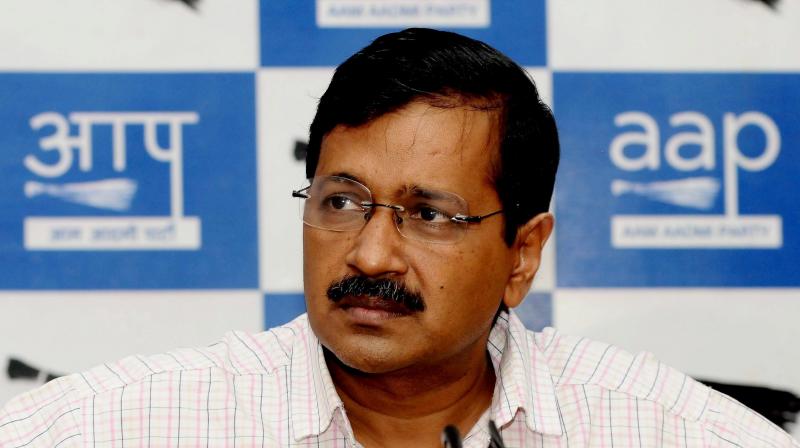 New Delhi: The Election Commission (EC) has written to the Union home ministry to probe the alleged irregularities in the funding process of the Aam Aadmi Party (AAP) after the income-tax (IT) department highlighted discrepancies to the poll panel.

Since the EC is not an investigating body, it has forwarded the I-T department’s request for probe into the irregularities to the home ministry. A senior officer in the commission said that it was now for the MHA to investigate further into the contentious issue.

The I-T department has been investigating both domestic and foreign sources of funding for AAP for the past few years.

Earlier this month, after going through the party’s audit report, the tax department had recommended to the poll panel to derecognise AAP as a party.

In its communication to the EC, the I-T department had stated that the party had submitted a “wrong” audit report and, therefore, was not eligible for exemption under the I-T Act. The tax department had also suggested that the EC should revisit or cancel the registration of AAP as a trust and as a party.

“The AAP is liable for prosecution under 276C (wilful attempt to evade tax, etc.) and under Section 277 A (falsification of books of account or documents, etc.) of the IT Act. It said that the income of AAP may be subjected to special audit under Section 142 (2A) of the Act,” the I-T department stated.

The tax department had found anomalies in cash donations and four demand drafts of Rs 50 lakh each to AAP. A source said that the tax department had also issued summons to the AAP and its current and former treasurers on many occasions, but all of them had been reluctant to attend the proceedings.

The AAP had filed its I-T return for assessment for the financial years 2014-15 and 2015-16. In its I-T returns, the party had claimed that the entire donation in question, amounting to Rs 50 crore and Rs 54 crore, was exempt from taxation under the provisions of Section 13 (A) of the IT Act.

“AAP is a political party. As per provisions of Section 29 (B) of the Representation of Peoples (RP) ACT, any political party is entitled to accept contributions voluntarily offered to it by any person or company,” a copy of the document accessed by this newspaper said.