Senior AAP leader Ashutosh said that apart from Mr Vishwas, several other members of the PAC were absent for the convention. 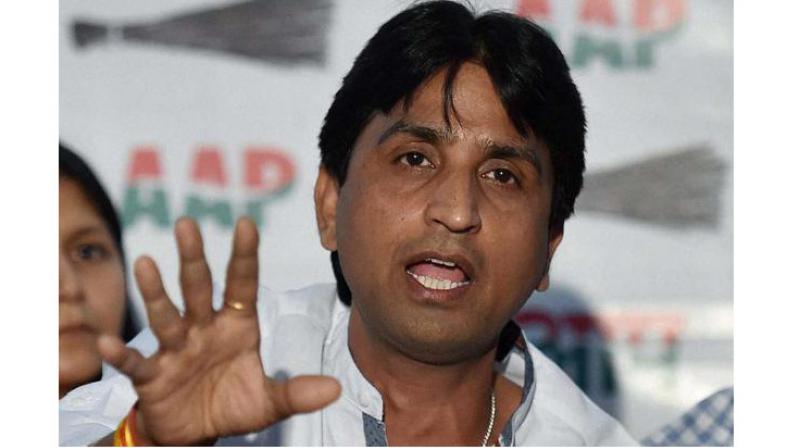 New Delhi: Sparking murmurs that the truth in the organisation may be short-lived, senior party leader Kumar Vishwas, who had recently aired his differences with the party leadership, skipped a major party event.

Sources said that poet-turned-politician Mr Vishwas, who had differed with chief minister Arvind Kejriwal over the party’s stand on blaming electronic voting machines for its poor performance in recent civic polls, stayed away from AAP’s Delhi unit convention on Sunday.

Attended by the party’s top brass, including Mr Kejriwal, the convention organised in West Delhi saw attendance of a sizable number of volunteers. Mr Vishwas and a member of the Political Affairs Committee (PAC), the party’s top decision-making body, were also invited for the event, sources said, but he chose to be absent.

Senior AAP leader Ashutosh said that apart from Mr Vishwas, several other members of the PAC were absent for the convention. “He (Mr Vishwas) is upset with the news plants in a section of media that he plotted a coup in the party,” a party leader said.

Mr Vishwas is believed to be upset with the leadership as several assurances about looking into the “communication gap” between party leadership and volunteers still persists.

At Sunday’s event, chief minister Arvind Kejriwal announced that he would interact with ‘mandal’ presidents on the first Sunday of every month.

Earlier this month, Mr Kumar Vishwas had said that the AAP was getting “Congressised” to an extent and that a “coterie” surrounding Mr Kejriwal was hatching conspiracies against him.