Manish Sisodia says bar music order not shown to him 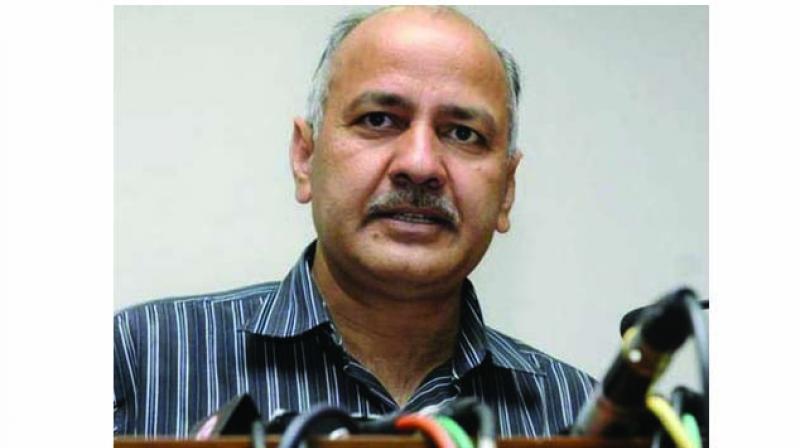 New Delhi: Deputy chief minister Manish Sisodia on Tuesday directed the excise commissioner to issue a “clarification” saying that there is no ban on recorded music at the resto-bars in the city, days after the excise department issued a diktat allowing only “live singing and playing of instruments” at such establishments.

In his order to excise commissioner Amzad Tak, the deputy chief minister said that the excise department has issued the order without “its file being shown to him”. Mr Sisodia also holds the charge of the Delhi Excise Department.

Last week, the excise commissioner had said that as per the Rule 53 (4) of the Delhi Excise Act, 2010, the restro-bars cannot play recorded music, and they are only permitted for live signing and playing of instruments by professionals in their premises instead.

The department had warned owners of the restro-bars of taking “strict action” for the violation as per law. The order was issued after it received complaints from local residents regarding “nuisance” created by the restro-bars in the city.

However, the deputy chief minister said that it has been brought to his notice that the department order has been “misinterpreted”. “Though the file was not shown to me before issuing the order. However, after perusal of the order, I have found that the order is not posing any ban of such nature....”

“Considering the confusion created by misinterpretation of the order, the excise department needs to issue a clarification order with respect to above (regarding banning of recorded music),” Mr Sisodia said in the letter.

Following the excise department’s order, a national restaurant body on Monday said that such violation should be dealt on a “case-to-case basis” and termed the blanked ban on recorded music “erroneous” in nature.

According to a senior member of the excise department’s policing body, the department’s team takes action against restro-bars if they are found violating the Rule 53 (4) of Delhi Excise Rules.