Godman breaks down during police grilling 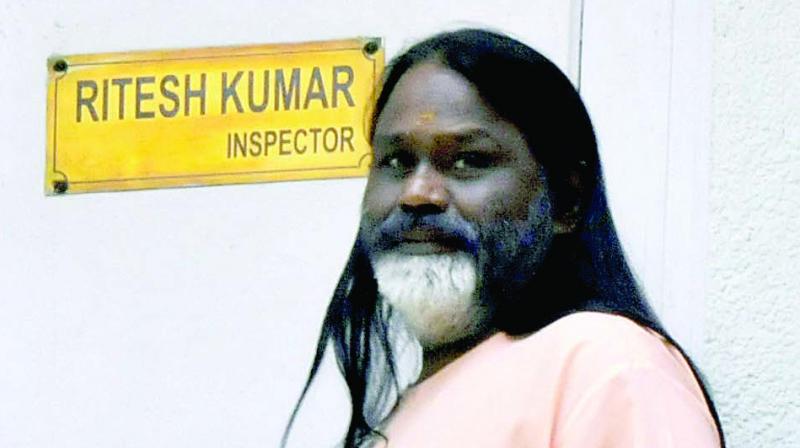 New Delhi: Rape accused and self-styled godman Daati Maharaj was called for questioning for the second time by the Delhi police crime branch on Friday.

According to sources, the man broke down and started crying during the interrogation. However, the police has confirmed that crime branch may sent him for potency test, which can appear as a big evidence in the rape case.

After questioning, a police team went to his Pali Ashram in Rajasthan, where the investigation is going on. Apart from this, the Rajasthan State Commission for Women on Friday wrote to the collector of Pali district to carry out an investigation in the ashram, where the commissioned team has found several irregularities.

The commission has also asked the Pali Superintendent of Police to ensure safety and security of girls residing in the ashram of the self-styled godman.

A team comprising two members and a judicial officer visited the ashram on Thursday and found several irregularities, Chairperson of  the State Commission for Women Suman Sharma said.

“The ashram authorities did not cooperate with the team initially and failed to furnish proper documents and NOCs required to run the hostel and educational institutions. Therefore, I have asked the collector to conduct an inquiry and give a report within 10 days,” she said.

Further it has also been found that there was no proper record of girls staying in the ashram. Against an entry of 153 girls in a register, the team found 253 girls. They could

not produce a no-objection certificate (NOC) from the government to run the educational institute and hostel, and the registration of the society which runs the institutes was also not renewed.