BJP chief unhappy over the state of affairs in Delhi unit. 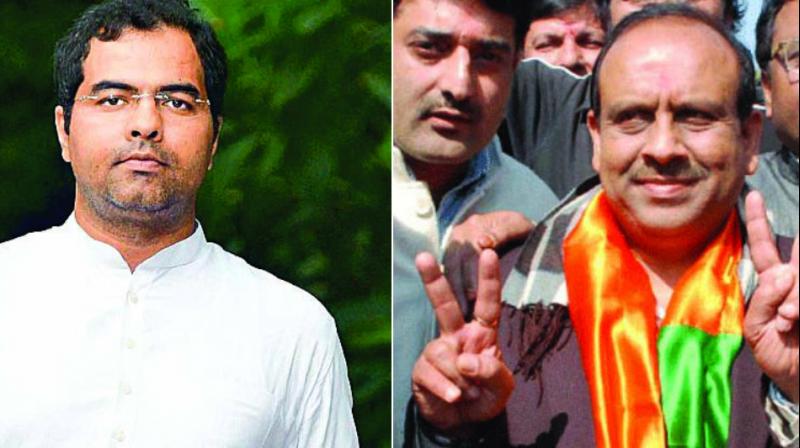 New Delhi: Replicating Arvind Kejriwal’s sit-in protest at the lieutenant-governor’s (L-G) office with a dharna at the Delhi Secretariat by a BJP Lok Sabha member and MLAs — against the advice of the state leaderships — has not gone well with party national president Amit Shah and the Central leadership.

On Thursday evening,  while meeting with an 18-member group formed to oversee the next Lok Sabha poll preparation in the national capital, Mr Shah asked Lok Sabha member Parvesh Verma and Leader of Opposition in Assembly Vijender Gupta the reason why they were sitting on dharna when the city is facing severe water and power crisis. Mr Verma and Mr Gupta are members of the Delhi BJP Core Committee.

A BJP insider present in the meeting told this newspaper that unhappy with the dharna at the Delhi Secretariat by party legislators, Mr Shah asked for an explanation from both leaders for the dharna. In the absence of proper explanation, Mr Shah asked the same question to Delhi BJP in-charge Shyam Jaju.

“Mr Shah said instead of sitting on dharna, these leaders should have  protested on the street with people demanding restoration of normal supply of water and power. In a strict tone, Mr Shah said BJP’s MP and MLAs should not just replicate Mr Kejriwal’s dharna politics,” he added.

Unhappy with the state of affairs in the party’s city unit, Mr Shah also pulled up the state leadership and warned them to put everything in order at the earliest. Referring to last year’s visit, Mr Shah reportedly said the purpose of his visit was defeated as the state unit was not ready to work on his directions.

“Mr Shah said there are 33 state units of BJP. However, only Delhi failed to follow and implement the Central leadership’s direction. 80 to 90 per cent work assigned by him (Mr Shah) in his last visit have not been executed,” said a BJP leader present in the meeting.

Mr Shah warned the state unit to complete the work, which was assigned last year, in a week. He also said that soon he will visit the party’s Delhi unit and review the progress.

Angry over complaints that the district president is ignoring the Lok Sabha members, Mr Shah warned the district unit chiefs, who did not coordinate with the parliamentarians, that they would face the music.

On the complaint of the parliamentarians, that they are not well informed about the formation of several committees in the party ruled civic bodies and reports of corruption, Mr Shah asked BJP national general secretary (organisation) Ramlal to look into the issues and take corrective measures.