According to the police in the intervening night on Friday, the four girls scaled the wall of ShelterHome ‘Prayas’ in Ambedkar Nagar. 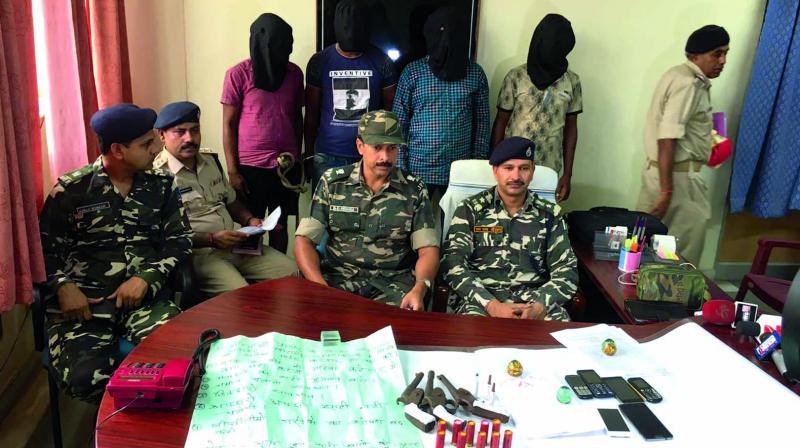 Four activists of Peoples’ Liberation Front of India, a splinter group of the Communist Party of India — Maoist were arrested by 26th battalion of the SSB and the Jharkhand police in a joint operation.

New Delhi: Three out of four girls, who had allegedly scaled the wall of a shelter home on Friday in a bid to run away from the home were traced by Southeast District police, on Saturday. The girls had run away from a shelter home in Ambedkar Nagar. Three of them also sustained injuries and were treated at the AIIMS Trauma centre.

According to the police in the intervening night on Friday, the four girls scaled the wall of ShelterHome ‘Prayas’ in Ambedkar Nagar. The girls used a dupatta to escape and got injured in the process. Three of them were later traced and safely rescued. The injured were taken two AIIMS trauma centre where two of them were discharged while another is still undergoing tretament.

The police said that the girls were found at different locations during the hunt. While one of them, a native of Hardoi in Uttar Pradesh was recovered from New Delhi Railway Station, another girl was recovered from Jaitpur. She hailed from Bihar.

A case of kidnapping was also registered after the parents of the girls had complained to the police.