Not a single new book in 14 years at historic library

Despite its noisy neighbourhood, the thick walls of the library manage to keep the cacophony out. 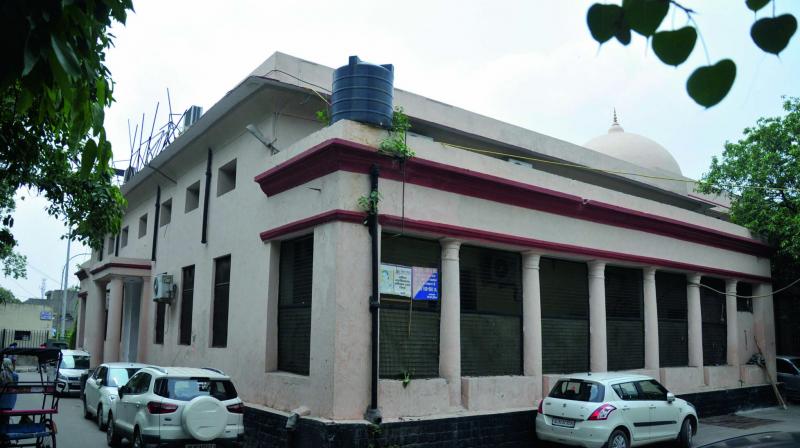 In 1902, the reading room was renamed the Delhi Public Library and was shifted to another building in Kaccha Bagh with only one clerk, a peon, and one librarian.

New Delhi: The Hardayal Municipal Public Library, one of the oldest reading destinations in the city, is an oasis of peace. Despite its noisy neighbourhood, the thick walls of the library manage to keep the cacophony out. However, it is dying a slow death. It hasn’t added a single book to its inventory in the last 14 years.

Located in Chandni Chowk, the historical library has an intriguing story. In the 18th century, the Britishers — who undertook months-long voyages to India — would carry books with them that they donated to the reading room. Some of them even penned down their own travelogues during the trip and left those behind. In 1862, a library was set up as part of a reading club for the Englishmen. The books were given to the reading room, called the Institute Library. It was part of the Lawrence Institute, which was named after the then Viceroy of India. As of today, this building is the Town Hall, the former headquarters of the Municipal Corporation of India.

In 1902, the reading room was renamed the Delhi Public Library and was shifted to another building in Kaccha Bagh with only one clerk, a peon, and one librarian.

An incident on December 23, 1912, changed the fate of the library. A bomb was hurled at Lord Hardinge while he was riding an elephant. He was part of a procession that was passing through Company Bagh (now Gandhi Maidan). He escaped unhurt. Freedom fighter Lala Hardayal had organised the procession.

In 1916, to commemorate Hardinge’s escape, the Delhi Public Library was renamed Hardinge Municipal Library. Again, it was shifted to a new location, which is the present building in Chandni Chowk, with its old collection and furniture. All this led to the Hardinge Library becoming the Hardayal Library in 1970 which was only used by the whites.

Despite the historic past attached to the library, there has been no new addition to the stack of books since the past 14 years. Nonetheless, it has many historical books including ‘History of the World’ by Sir Walter Ralleigh, ‘Voyages Around the World’ by John Francis Jenili Koriri (1705), and ‘Quran-e-Majid’ (1928). It holds a collection of 1.70 lakh books, including 20 books that are one of the rarest in the world and around 7,000 rare books.

The library completed 100 years last December but in spite of the huge coverage by the media, no funds have been provided to the library as of yet. The staff says that the North Delhi Municipal Corporation (NDMC) has, for long, neglected the financial requirements of the library. “I work in the mornings here and later I do a night job at a call center to earn my living,” said Manish Sharma, the sole clerk who has not been paid for the past 10 months.

The chairperson, Shobha Vijender Gupta, said: “I have complained to the MCD commissioner many times but there is no response from their side. They are not concerned about the library despite the fact that it is the oldest in India.” The financial crunch, however, has not deterred Ms Vijender to make future plans for the library like digitising it and equipping it with modern amenities in collaboration with the Institute of Chartered Accountants of India (ICAI).

“But we don’t have the resources to digitise it. This would only be possible when NDMC will pay more attention towards the library’s funding crisis,” she said, adding that recently DDA (Delhi Development Authority) has shelled out some money for the betterment of the library but it is not enough to revive it.

Another worry for Ms Vijender is the “crowded and noisy” location of the library. “Rickshaw pullers and drug addicts make the environment worse,” she added.