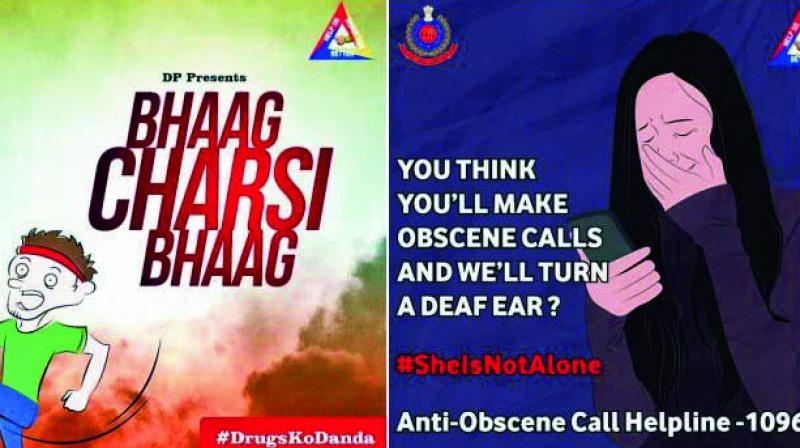 It is employing innovative measures to reach the masses and helping the youth to say no to drugs.

New Delhi: Mastering the art of tackling “140 characters” on social media site Twitter, the Delhi police is turning heads of its followers with witty and quirky messages. It is employing innovative measures to reach the masses and helping the youth to say no to drugs.

Tickling the funny bones of lakhs of Twitterati and wearing wit and humour on his sleeves, the IPS rank officer and current deputy commissioner of police (PRO), Madhur Verma, sent a clear and loud message to the offenders with his series of tweets like “Delhi police presents — Drug wale ko Delhi police wale le jayengae” and “Bhaag Charsi Bhaag”. 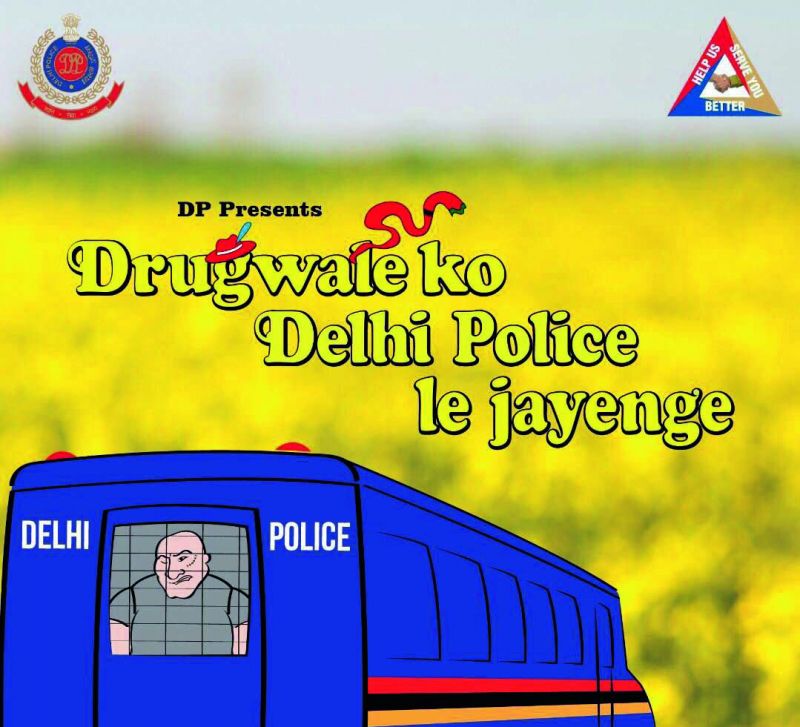 Speaking to this correspondent, the senior police officer said, “We came up with a strategy to project things in a better way to reach out to the masses at the maximum level. The quirkier you are, the better the message will come across. In order to achieve this, we decided to do a sustained campaign or drive against drug abuse with the help of Delhi police’s creative team and advertisement agencies. What better way than to put the message on social media platform, with wit of course, to garner maximum response?”

The Delhi police, that has upped its ante with a new and quirky way to send its message to drug addicts while also running a campaign for anti-ragging, is not leaving any stone unturned to educate the youth.

“Be it on social media platforms like Facebook and Twitter or working on the field, the Delhi police has been running these campaigns for the last few months,” said Mr Verma.

He further said that the Delhi police, in order to reach out to youth, has not kept itself confined to social media or ground work alone. It has also been running a series of radio jingles regarding the anti-ragging campaign.

As soon as the tweet — a warning to drug addicts to not take drugs or indulge in ragging — posted by the senior police officer hit the Internet, Twitterati started giving hilarious responses. The tweets made from the Delhi police handle, particularly those made from Mr Verma’s handle, garnered great response from the netizens.

When this correspondent spoke to Mr Verma, the senior police officer said, “I hope that the messages are loud and clear and have reached the offenders. We are going to continue with our campaigns against drugs and ragging as of now.”