Crop waste use in power plants can cut pollution 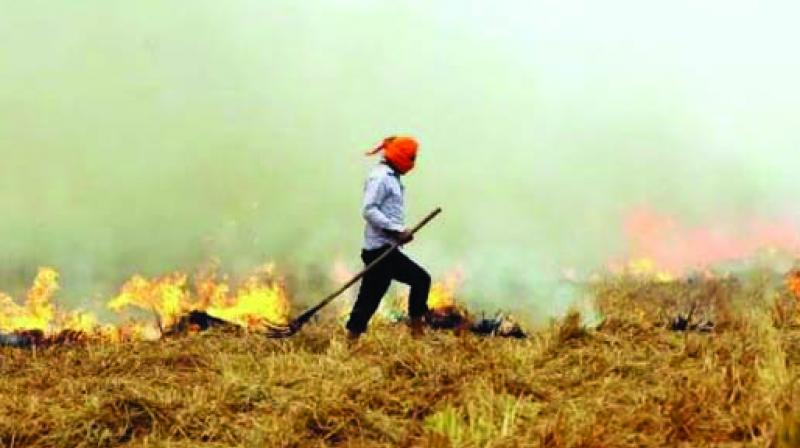 The study used two approaches to assess the pollution level in the Delhi-NCR region.

New Delhi: The use of agricultural residues in power plants can help reduce pollution in the Delhi-NCR region by 8 per cent and a switch from solid fuels to gas could bring it down by 12 per cent by 2025, a recent study has suggested.

The study, conducted jointly by The Energy and Resources Institute (TERI) and Automotive Research Association of India, also suggested that increasing LPG penetration in the NCR by 75 per cent by 2025 and 100 per cent by 2030 could help reduce pollution by 6 per cent.

Last year, the Union power ministry directed the state-run power producer NTPC to blend crop residue with coal at its plants to reduce stubble burning on agricultural lands, which triggers thick smog in Delhi every year. It had suggested an alternative scenario, whi-ch was expected to have a higher impact on PM (particulate matter) concentrations through the redu-ction of pollutant emissions in 2025 and 2030.

The measures under the alternative scenario included complete phase-out of biomass use in NCR by enhanced LPG penetration in rural households, use of agricultural resid-ues in power plants and other industries to replace high ash coal and open burning in fields and introduction of gaseous fuels and enforcement of new and stringent standards for industries using solid fuels.

The study had indicated that up to 26 per cent of pollution in the city in summer is caused by internal factors like vehicular emissions and this goes up to 36 per cent in winter and had suggested several measures that could help in reducing pollution by 2025.

The study used two approaches to assess the pollution level in the Delhi-NCR region. The first was Receptor Modelling, und-er which the PM10 and PM2.5 levels were monitored at 20 locations across the city and the second model used advanced chemical transport approach to ascertain the emission factors.

The study also found that the industries operating in the NCR contribute significantly to Delhi’s pollution, apart from biomass burning in rural kitchens and agricultural fields.