Training helps in self defence as well as provide a career 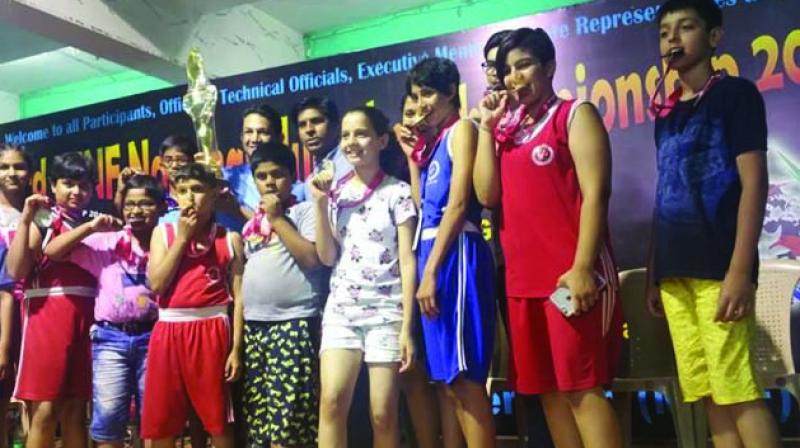 I am a national level gold me-dallist in all three games,” said Princess Khushi, a disciple of Pradeep Negi.

New Delhi: Delhi-NCR has become a hub of promoting Muay Thai, kick boxing, Krav Maga, Judo, and several other martial art forms. These have not only been attracting the youth, but also nurturing several national-level players who are all set to represent their states and the country in the upcoming sports events.

“I have been an instructor for the last 18 years and my expertise is in martial arts with various disciplines including kick boxing, taekwondo, street fight, karate, kung-fu, and Muay Thai. Lately, a number of students have asked me to train them in Muay Thai, kick boxing, Krav Maga, Judo, and other martial arts. These martial art trainings not only prepare them for self defence, but also give them a chance to choose sports as a career,” said Master (Sensei) Pradeep Negi, who runs the “Negis — The School of Martial Arts”, the MMA training centre at Indirapuram in Ghaziabad.

“I want to represent my country in the Asian Ga-mes and Olympics in boxing, Muay Thai, and kick boxing competitions. I am a national level gold me-dallist in all three games,” said Princess Khushi, a disciple of Pradeep Negi.

Veena Gupta is a certified Krav Maga instructor in Gurgaon. She also provides training to women in self defence in NCR.

“The combat system is making its presence in India and attracts youth in Delhi-NCR to be adopted as a self defence technique,” she said.