School in dock over RTE violation

The incident came to light on December 20 after the aggrieved parents of the girl approached Social Jurist. 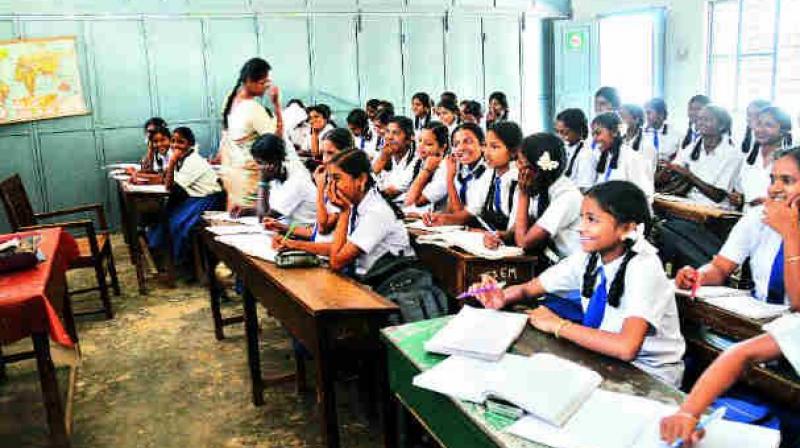 Damini has been suffering from high fever and high blood sugar since March 2, 2016. (Representational image)

New Delhi: A New Delhi Municipal Corporation (NDMC) primary school situated in Jawalapuri in West Delhi is in dock after parents of a nine-year-old Kumari Damini, a Class 4 student who was ill, was allegedly denied permission to sit in the class by the principal.

The incident came to light on December 20 after the aggrieved parents of the girl approached Social Jurist, a non-governmental organisation headed by advocate Ashok Agrawal, who in turn wrote a letter to New Delhi Municipal Corporation  Commissioner requesting him to take disciplinary action against the school principal and teacher as it amounts to violation of Right To Education (RTE) under articles 14, 15, 21, 21 A, and 38 of the Constitution of India r/w the provisions of Right of Children to Free and Compulsory Education Act 2009.

According to the complaint, Lekhraj, a daily wage labour and father of Damini, has alleged that the principal of the NDMC primary school Jawalpur has struck off the name of  Damini, student of Class 4A (Roll No.5) of the said school and also refused to allow her to attend classes on December 20, without any justification. Damini has been suffering from high fever and high blood sugar since March 2, 2016. She was undergoing treatment at All India institute of Medical Sciences (AIIMS).

Due to her health condition, she was not regular in attending her classes and for about last two months, she was unable to attend classes. Since Damini wanted to continue her studies and was feeling fit to go to school, her mother took her to the school on December 20 where the school principal, Ms Radhika, and the class teacher, Ms Ritika, did not allow Damini to attend her class stating that her name has been struck off from the rolls of the school two months ago and that she cannot be allowed to study in the school anymore.