Sources said that there was a lot of confusion among the party leaders and workers over the Delhi BJP’s stand on the issue. 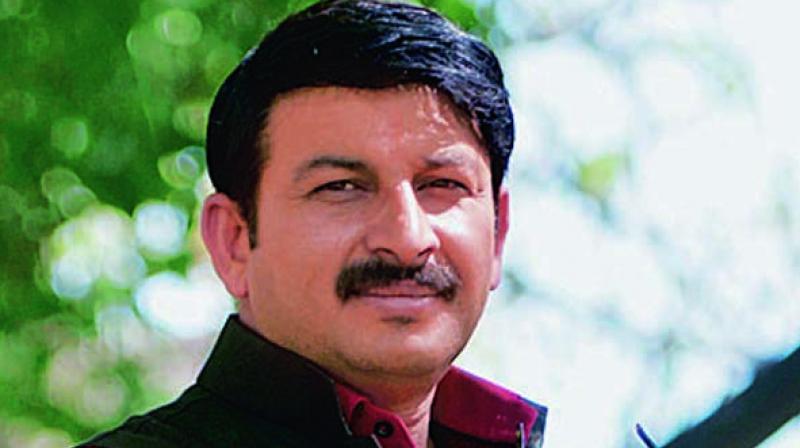 New Delhi: Amid confusion among rank and file on the party stand over Max Hospital controversy, Delhi BJP president Manoj Tewari on Friday told members to follow press conferences and press release regularly to know the BJP’s stand on any issue.

Mr Tewari made this comment in a meeting in the party office on Pant Marg wherein several members asked for clarity on the party’s stand on Max Hospital row or on various issues such as the Delhi government’s order allowing private schools to increase fee etc.

Sources said that there was a lot of confusion among the party leaders and workers over the Delhi BJP’s stand on the issue. “Initially, it was believed that the party should not get involved in the Max Hospital issue, but things got out of hand once Mr Tewari questioned cancellation of license, which gave political ammunition to AAP,” they added.

On Friday, around half-a-dozen leaders, including Lok Sabha member from South Delhi, Ramesh Bidhuri questioned the party’s stand on the issue. “Mr Tewari made an emotional appeal to the party activists to work together for the larger interest of the BJP. He said to keep aside any confusion on issues, including Max Hospital case, everyone must follows the party’s press conferences and press releases regularly to know the official party line,” a Delhi BJP leader at the meeting said.

Talking to this newspaper, Mr Tewari said, “There is no confusion in the party over any issue; though there were some doubts which have been cleared. Everyone has been asked to follow the press conferences and press releases issued bny the BJP to know our stand on any issue.”

In an unprecedented move, for the first time in recent years spokespersons of the Delhi BJP have been kept out of the state office-bearers meet. None of the nine spokespersons were called for a meeting held on Friday afternoon. Sources in the party blamed the on-going factionalism and fights between Mr Tewari and general secretary (organisation) Sidharthan.

A party leader said, “A few senior office-bearers along with general secretary (organisation) got an invite for the meeting.”