AAP targets CEC, terms as ‘false’ his claim on hearing

Chadha said the AAP MLAs wrote to the EC on October 16 and November 20. 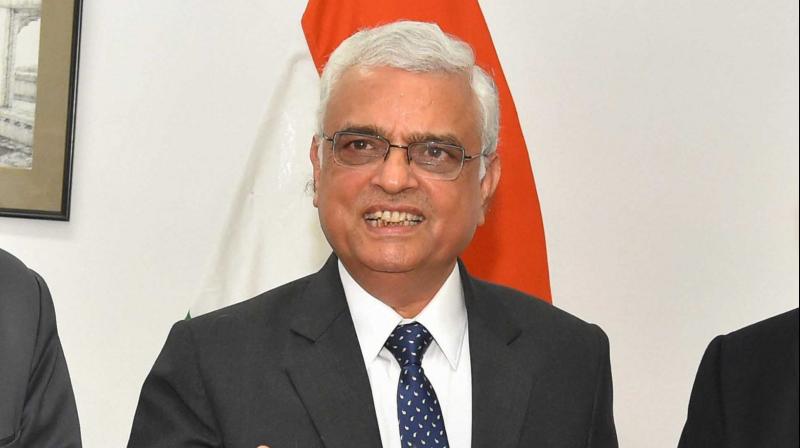 NEW DELHI: The Aam Aadmi Party on Tuesday targeted Chief Election Commissioner O.P. Rawat on his very first day in office with the party terming as “false” his claim that the Delhi MLAs, disqualified on charge of holding office-of- profit, did not seek hearings on the issue.

Aam Aadmi Party (AAP) leader Raghav Chadha said that contrary to CEC Rawat’s assertion in a newspaper interview that the AAP did not request the EC to hold hearings though it was served notices on September 28 and Novem-ber 2 last year, the party did “respond twice”.

Mr Chadha said the AAP MLAs wrote to the EC on October 16 and November 20. “The CEC is lying. We wrote, yes, we want to place our side, both in written and oral. The EC didn’t respond. How can you not give us a hearing?

“Every judicial and quasi-judicial body has to function as per law but what happened with us is unprecedented, where the cardinal principles of natural justice were violated. Nobody can be condemned unheard,” he told a news agency.

In his defence, Mr Rawat said that the “notice was comprehensive. But AAP did not respond in the context of the notice.” “Since the matter is subjudice, let us not talk about it further,” Mr Rawat said.

However, Mr Chadha said that the MLAs, in their response, made it clear that apart from an oral hearing, they would also like to cross examine the petitioners and advance arguments on the merits of the case.