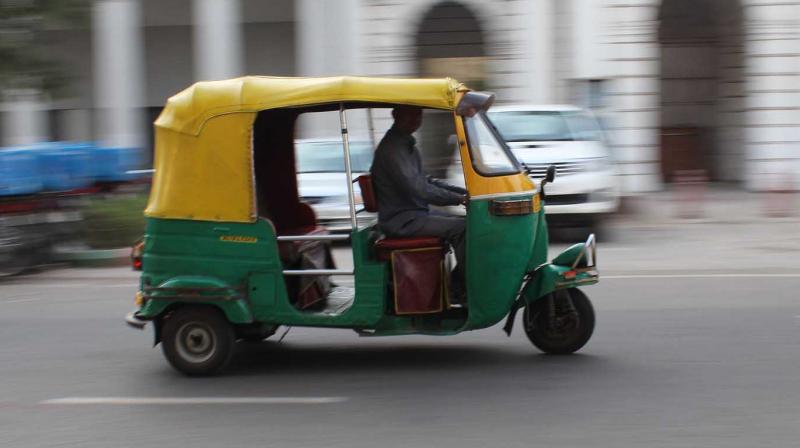 On February 1, accused Dharmender was arrested in a case and the auto, which was used in this crime, was recovered.

New Delhi: Auto-rickshaws are the new hot wheels for robbers and thieves in Delhi. Recently, in two fresh incidents, auto-rickshaws were involved in the commencement of robbery and burglary.

With the arrest of six accused, the Delhi police sleuths busted two separate gangs of thieves in Shahdara and Okhla, who used this modus operandi. With these arrests, the police has claimed to have solved 15 cases of burglary and theft.

Auto-rickshaws being commercial vehicles, there is little chance that someone would suspect their movement. Owing to this, one can easily roam late into the night without attracting the attention of the public and police and can easily load robbed articles, confessed an accused.

The arrested accused, identified as Dharmender (27), Riyazuddin (35), and Shokeen (33), are residents of Kabir Nagar, Delhi.

On February 1, accused Dharmender was arrested in a case and the auto, which was used in this crime, was recovered.

“During interrogation, accused Dharmender disclosed that he used to commit theft during the night in his auto along with associate Shokeen and two other persons. The accused persons also disclosed that they have stolen batteries from more than 15 cars in the nearby area of Shahdara,” said DCP (Shahdara) Nupur Prasad. While in another incident, the Okhla police has nabbed three notorious robber-cum-snatchers and recovered five robbed smart phones, three motor cycles, and one auto-rickshaw. With this it claimed to have solved six cases of robbery, snatching, and theft.

In order to curb the incidents of robbery and snatching in the area, the police had deployed secret informers and gathered intelligence about the movement of robbers and snatchers.