Over 1.10 lakh first time voters registered themselves before the polling day. 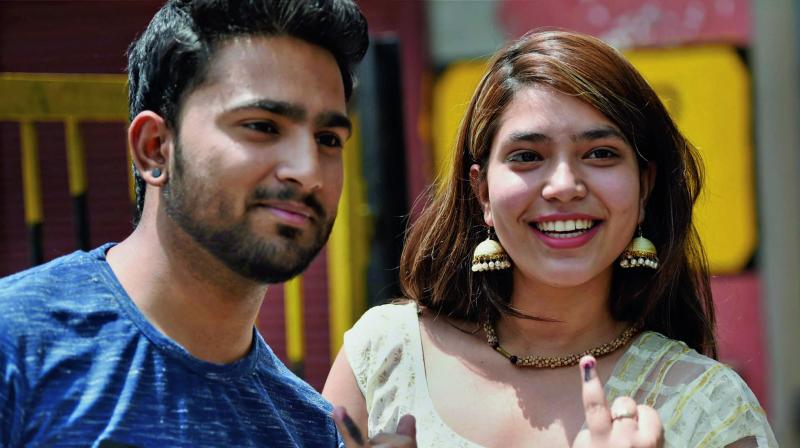 New Delhi: Many first-time voters voted on Sunday in hopes of seeing some change in the way municipal corporations are governed in the city. While some thought that Aam Aadmi Party (AAP) is the most suitable option for the civic bodies, others wanted to give BJP a “second chance.”

Over 1.10 lakh first time voters registered themselves before the polling day and many, who exercised their franchise on Sunday, expressed their hopes that the councillors they vote for will actually work.

“We can’t just keep complaining. If the youth wants change, they will have to come out and vote,” said Sarthak, who was there at a polling booth in Mayur Vihar along with his parents. Ankita (23), another first-time voter who voted for BJP, said: “Since this is the first time I will be voting, I watched many news debates on TV and read about the issues.”

Asked why she voted for BJP, she said: “BJP has selected new candidates this time so I thought of giving them another chance.”

Battling the scorching heat, Karan and his father, came out to vote in a ward in East Delhi and said he will be voting for AAP as he is happy with the work the party has done till now in the city.

A 21-year-old voter, who did not wish to be identified, said she wants more street lights in her colony and has voted keeping in mind the issue of women’s security and safety.