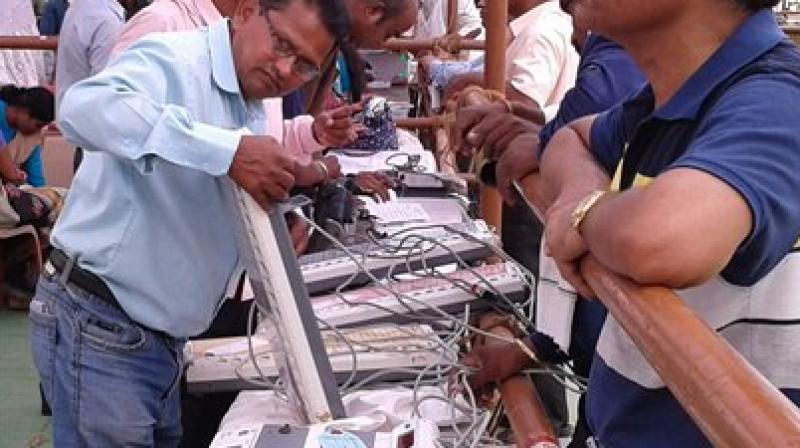 "Out of 13,000 polling stations, EVMs were changed in only 18 cases. It shows our EVMs are unhackable, robust and no wrong can be done," Srivastava said.

"It (the number) speaks for itself," he said, adding that the machines have done well.

To a question on allegations that voting slips were not properly distributed in some areas, he said, "If there are such complaints, people can approach us."

Former Delhi minister and BJP leader Arvind Singh Lovely was among those who could not cast their vote early in the morning due to glitches in the EVM at a polling booth in East Azad Nagar area.

"I reached the polling station at 8 am. But, I could not cast my vote as the EVM was not working. I had to leave the place due to some urgent work. I will later go to exercise my franchise," said Lovely.

Voting at some polling stations in North Delhi's Burari area and Southwest Delhi's Kapashera areas had to be stopped for a few minutes after complaints of malfunctioning of the EVMs were reported from there.

"There were a few complaints of the malfunctioning of the EVMs at Burari and Kapashera, which were rectified," an official source said.

The voting for the MCD elections started at 8 AM in around 13,000 polling stations across the city amid ample security arrangements.

For the first time in the MCD elections, "None Of The Above (NOTA)" option was made available to the voters.