Crop burning not a problem in city: Delhi government 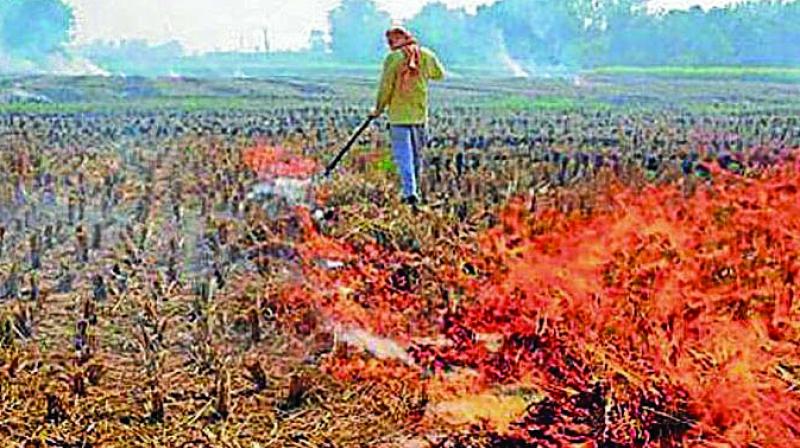 The incident of crop burning is not a problem in Delhi. It is further submitted that no such incidence is being reported by any of the district magistrates of National Capital Territory (NCT) of Delhi.

New Delhi: There is no requirement for framing any policy with regard to crop burning as no such incident has been reported in Delhi, the Delhi government told the National Green Tribunal (NGT).

“The incident of crop burning is not a problem in Delhi. It is further submitted that no such incidence is being reported by any of the district magistrates of National Capital Territory (NCT) of Delhi. Accordingly as of date there appears to be no requirement for framing of any policy in regard to crop residue,” the Delhi government said in an affidavit.

It also said that its development department has been issuing advisories to district magistrates in order to ensure prevention of any incidence of crop residue burning in the national capital.

However, the policy in regard to the situation may not be required in Delhi as there is no report of agricultural crop residue burning as of date, it said.

In case of any fire incident occurring and after learning about the cause of of the same, appropriate policy or guidelines will be framed without delay in future,” it said.

The tribunal, however, said that it wanted to verify the statement and asked the Delhi Pollution Control Committee to file an affidavit within a week.The NGT said it would consider later the plea filed by the Delhi government seeking exemption of `2 lakh which was imposed on it for not filing action plan to stop crop residue burning.The matter is posted for next hearing on May 17.

The Punjab government had earlier faced the NGT’s wrath for not taking effective measures to provide financial assistance and infrastructure facility to farmers to encourage them not to burn agricultural residue in their fields.