AAP was washed away by BJP tsunami, says Manoj Tiwari 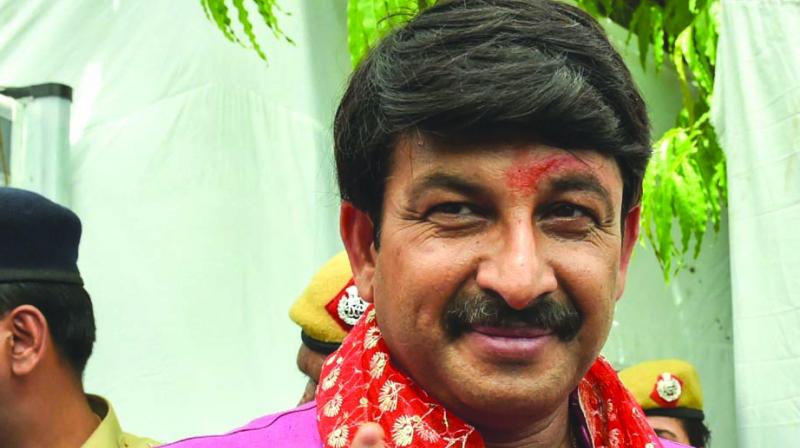 New Delhi: After BJP’s electrifying victory in Delhi — where it retained all the seven Lok Sabha seats — the party’s state unit chief and sitting MP Manoj Tiwari, on Thursday, launched a scathing attack against AAP and chief minister Arvind Kejriwal saying that the newbie party came like a “tornado” and was washed away by a “tsunami.”

Pointing to AAP’s electoral performance, Mr Tiwari told this newspaper that Delhiites have punished Mr Kejriwal. He said people had signalled the latter during the 2017 municipal polls, but the chief minister of Delhi failed to understand the people’s verdict.

Thanking the people of Delhi, especially children, Mr Tiwari said that they forced their parents to use their franchise. He highlighted that the historic victory in the national capital took place only because of Prime Minister Narendra Modi’s vision and development agenda.

“Narendra Modi ji formed an alliance with the people of Delhi and this alliance will not be defeated by any other alliance. Victory is credited to Mr Modi’s policy of uniting the country,” said Delhi BJP president.

Eyeing next year’s Delhi Assembly election, Mr Tiwari said that polls in election is held in two phases—voting for the first phase was held on May 12 (Lok Sabha polls) while polling for the second phase (Assembly elections) will be held after six months—and people will repose their trust in BJP once again in February next year.

“We will not make our national capital London or Chicago, but the best of Delhi. In the next four and half years, we will build a Delhi where citizens will get relief from pollution, have piped water in every household, and there will be free treatment of upto `5 lakh for the poor,” he said.

A confident Mr Tiwari claimed that BJP’s “vanvas” (exile) of 22 years in the city will end in the next Assembly polls. He blamed the Opposition for spreading falsehood against BJP and indulging in the politics of “divide and rule.”

Talking about Congress’ strategy to field Ms Dikshit, Mr Tiwari said that he wondered if it was a contest between ‘naam’ (name) or ‘kaam’ (work), but people selected work and ensured his victory with a massive mandate against Ms Dikshit.

Talking about challenges within the party, Mr Tiwari said that he worked to satisfy others’ ego by keeping his ego aside. He also warned those involved in anti-party activities during the Lok Sabha poll campaigns and said strict action will be taken against them.