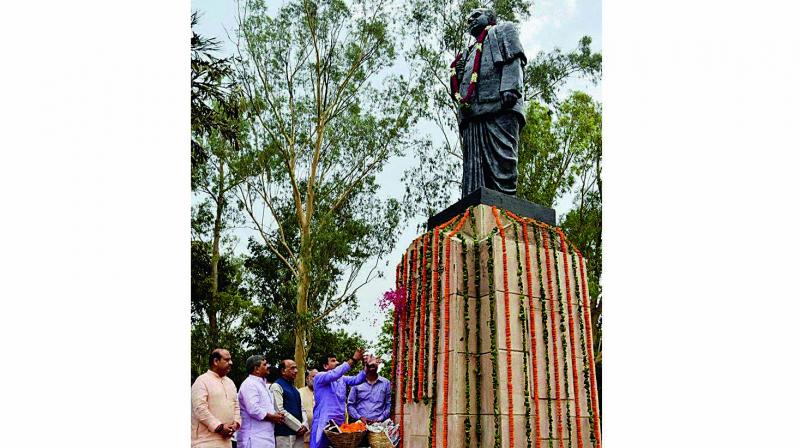 New Delhi: A large number of elected representatives of BJP failed to turn up at the event organised to pay homage to the party ideologue Dr Syama Prasad Mookerjee on his 65th death anniversary on Saturday.

Out of the seven Lok Sabha members in the national capital, only two turned up at the function. Sources said about a dozen municipal councillors attended the programme.

The Delhi BJP organised the programme at the memorial of Dr Mookerjee at Shahidi Park and party’s Poorvanchal Morcha held a seminar on the life and works of the party ideologue.

Sources said only two Lok Sabha members, Ramesh Bidhuri and Manoj Tiwari, who is also the Delhi BJP president, were present in the function. Among the four MLAs, including one from the alliance Shiromani Akali Dal, only LoP in Assembly Vijender Gupta was present in the event.

A senior party functionary told this newspaper that out of the 181 municipal councillors in the three civic bodies, only about a dozen, which also includes South Delhi mayor Narender Chawala, attended the programme.

Prof Malhotra said that Dr Mookerjee believed India’s pride lies not in political institutions and military power but in its spirituality, truth, independent thinking, and service to humanity.