The chemical characterisation of particulates, meaning what they are made of chemically, primarily decides the toxicity of air. 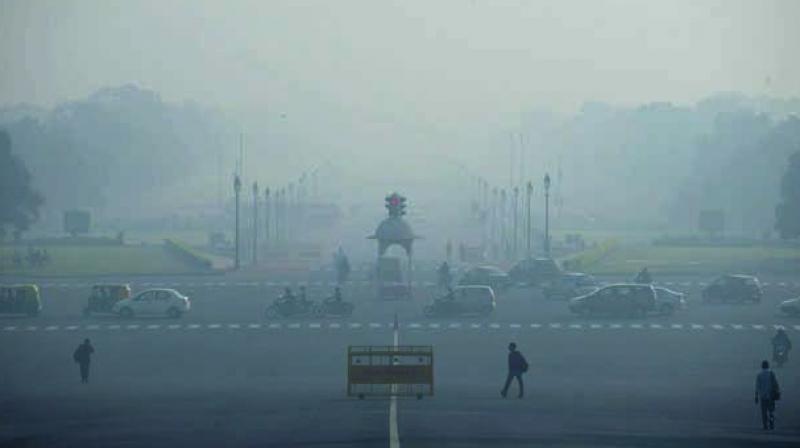 As per the Safar analysis, in Delhi, around 7.6 per cent of the particulates are made of black carbon.

New Delhi: A study has found that PM 2.5 and PM 10 particles found in Delhi’s air are made of relatively less harmful chemical components.

According to an analysis by System of Air Quality and Weather Forecasting And Research (Safar), under the ministry of earth sciences, even though Delhi’s air is laden with ultrafine particulates that does not automatically make it “toxic”.

The chemical characterisation of particulates, meaning what they are made of chemically, primarily decides the toxicity of air.

As per the analysis, in Delhi, around 7.6 per cent of the particulates are made of black carbon (BC). Sulphate (SO4) particles stand at around 7 per cent, the larger presence of which would have heightened the toxicity of Delhi’s air.

The study, conducted last December, found that the major share of the particulates, around 38 per cent, are actually made of aluminium and silicon oxides, present on the earth’s crust, which are not as harmful as BC or SO4.

“To assess the actual impact of pollution on an individual, factoring in the chemical characterisation of pollutants is crucial. One should not jump to conclusion purely based on figures of particulates captured by monitoring stations,” said scientist Gufran Beig, project director of Safar.

He added that BC or SO4 act as aggravating factors when present beyond 15-20 per cent. In fact, in Mumbai, where the volume of pollutants is less compared to the national capital, the percentage of BC is on the higher side. He, however, cautioned against underestimating the gravity of the situation.

“The presence of toxic components may be less, but we have to keep in mind the sheer abundance of particulate matter in Delhi’s air. So the volume of particulates, which spikes periodically, may be negating the potential benefits of having less harmful chemical components,” he said.