According to police, the drug, Afghan heroin, is embedded in jute strings. 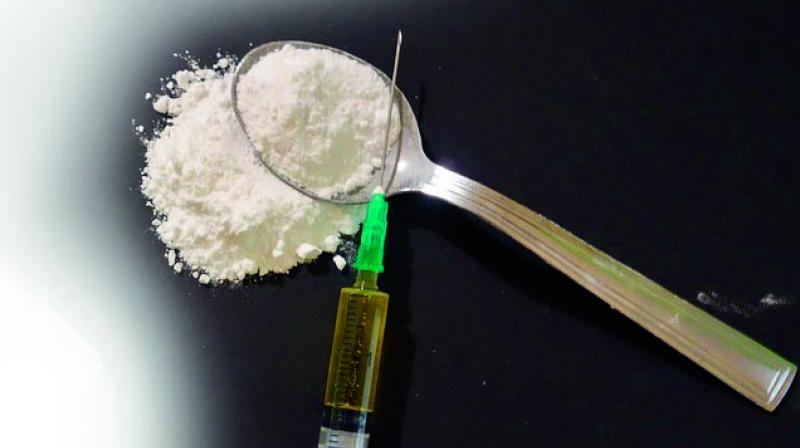 The jute bags are then filled with spices and dry fruits to be exported to India.

NEW DELHI: Drug syndicates which are sourcing the contraband from Afghanistan through various routes including alternate sea routes to southern India and even the country’s border areas such as Attari-Wagah border has raised concerns in the security establishments including Delhi police and Narcotics Control Bureau (NCB).

On Tuesday, two Afghan nationals were arrested with 50 kg heroine worth Rs 200 crore approximately. The duo, Mohmmad Akbar (45) and Nedfa Mohammad (38) are from Kandahar and Helmand provinces in Afghanistan and smuggled the drugs into the country via the Attari-Wagah border between India and Pakistan. Earlier, on Friday police arrested two Afghans identified as Shinwari Rehmat Gul (30), Akhtar Mohammad Shinwari (31) and three others with 150 kg Afghani heroin worth Rs 600 crore.

DCP (Special Cell) Manishi Chandra said the duo were nabbed on the revelations made by earlier arrested Rehmat Gul after which a raid was conducted at a cold storage plant in Kondli, Sonipat, where police found 102 cartons of raisins (kishmish). These marked cartons were interspersed amongst a consignment of over 600 cartons which had arrived in India from the Attari-Wagah border check post in March 2019. The point of loading was Kandahar, a highly disturbed city of Southern Afghanistan,” said the DCP.

Initial probe has revealed that the arrested accused Akbar is himself the proprietor of the export firm that is Mohammad Akbar Afghani Limited and has been in the trade for over three years. It is possible that once his consignment had landed in Delhi, he followed it by flight to secure the marked cartons for extracting the concealed heroin which would have then been passed on the recently busted cartel operating out of Zakir Nagar for onward trade and consumption,” said the DCP adding that, Neda Mohammad arrived in Delhi separately and was assisting Akbar Afghani in handling the precious cargo.

According to police, the drug, Afghan heroin, is embedded in jute strings. The jute bags are then filled with spices and dry fruits to be exported to India. These bags and raisin contraband are prepared at clandestine locations near Khogyani and others places around Jalalabad and Kabul.

Afghanistan is a major source of heroin, opium and related products and accounts for two-thirds of opium production. With the arrest of four Afghan nationals, Delhi police have recovered around 200 kg of “Afghan heroin” in two separate raids conducted at Delhi’s Zakir Nagar and Sonepat in Haryana.