‘Cessation of support for WSCs will hit women empowerment, equality’. 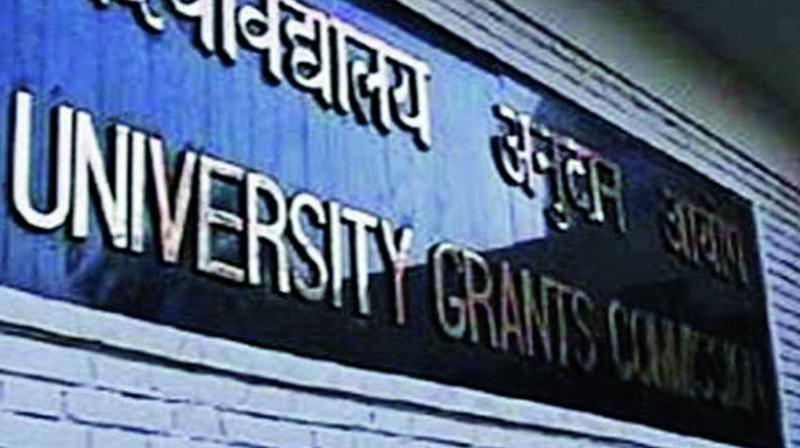 New Delhi: Students and faculty of women’s study centres are uncertain about their fate with the University Grants Commission (UGC) issuing a notice on June 16 regarding continuation of its support to 163 Women’s Studies Centres (WSCs) in universities and colleges across India.

To this end, the Indian Association for Women’s Studies (IAWS) held a national convention in the capital on Wednesday to discuss the issue. The event brought

together founders of women’s studies and the students enrolled in women’s studies programme. “The June 9 notice countermands an earlier notice of extension of support for such schemes till March 31, 2018 leaving WSCs students and teachers stranded in the middle of the academic term. The cessation of central support for WSCs will have an adverse impact on the ongoing process and gender sensitisation, directly impacting women’s empowerment and equality,” IAWS said.

The notice dated June 9 clearly states that expenditure under the plan head would be admitted only up to September 30, 2017 for schemes being implemented under the 12th plan, a category that includes the support programme for women’s studies.

It may be noted women’s studies were officially introduced as part of the 1986 national policy on education. Since 1989, 163 centres have been sanctioned in various phases of several plans from the sixth to the 12th that have spreaded over 28 states and union territories.

However, the IAWS has written a letter to the UGC urging it to continue the central grant support for WSCs until they are regularised as permanent departments with adequate faculty and staff positions. With the future of the students, faculty in jeopardy at all the centres, the IAWS is staring at the danger of long-term damage through a summary loss of skills and experience painstakingly developed in WSCs over more than two decades

The June notice also draws on a directive from the Union finance ministry, which gives the deadline of September 30 and makes any continuance of the schemes contingent on review and proposal.