It is in Congress DNA to have ‘B’ teams: BJP

Mr Sood said that AAP, the B Team of then Congress, is going to celebrate her fifth birthday next month. 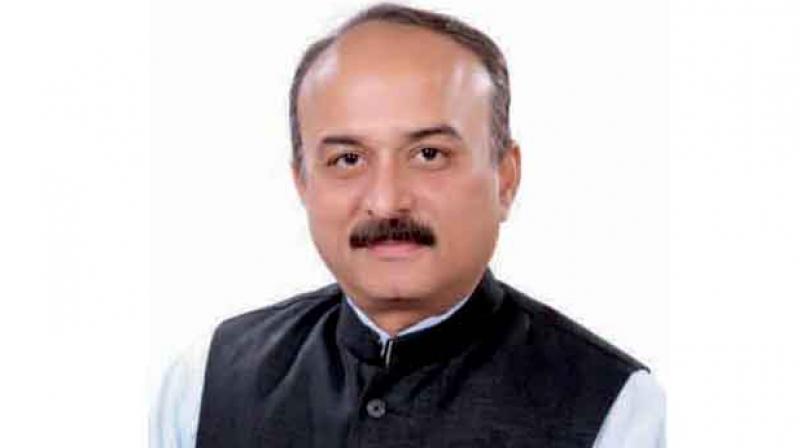 New Delhi: Reacting strongly against Delhi Congress Pradesh Congress Committee chief Ajay Maken’s comment that Aam Aadmi Party is contesting Gujarat Assembly polls to favour the BJP, senior Delhi BJP leader Ashish Sood on Monday said that it is in the Congress’s DNA to create ‘B’ teams (shadow teams), use them, disown them and dump them.

Mr Sood said that AAP, the B Team of then Congress, is going to celebrate her fifth birthday next month, but the grand old party has already started the process of disowning it.

“It seems, the Congress feels the AAP has exhausted its political utility for the family of ‘Nehru-Gandhi dynasty’ and is waiting for a suitable time to dump it” Mr Sood added.

He pointed out that in 2013 Delhi Assembly polls, though BJP got the maximum number of seats, but the Congress supported the AAP to form the government. “The two party leaders met at a five start hotel in Delhi to finalise the deal. The AAP formed government with the support of Congress. The Congress workers candidly admit the deal had its roots in the party’s internal conflict to sideline the former Delhi chief minister Sheila Dikshit. Who was the person behind this deal,” Mr Sood alleged.

He also alleged that sensing their defeat in Delhi Assembly elections, the Congress openly canvassed for AAP to prevent the BJP from coming to power.

Senior AAP leader Kapil Mishra said that Delhi chief minister Arvind Kejriwal had directed him not to proceed on the corruption cases against Ms Dikshit.”