'Green Corridor' gets live organs in minutes within Delhi

The transport of a beating heart from Fortis Hospital to Max Super Specialty Hospital covered a distance of 8.1 km in six minutes. 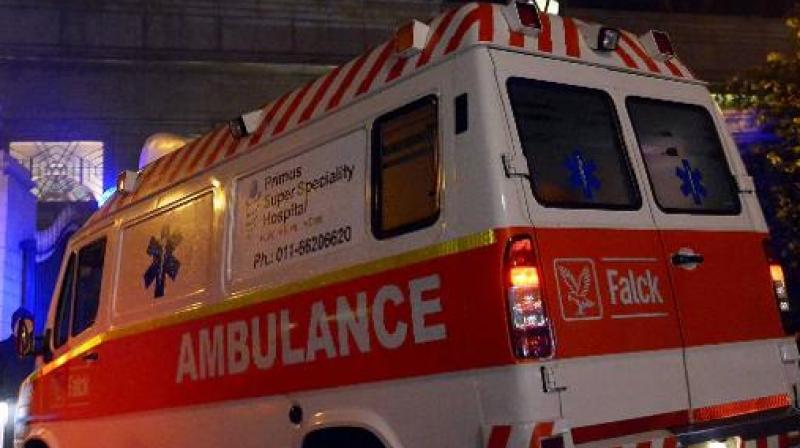 New Delhi: Known otherwise for clearing traffic for VVIPs, the Delhi police, in a rare gesture, provided a night Green corridor to transport live organs on two occasions on Wednesday, with each reaching its destination in no less than nine minutes.

The first green corridor was provided to transport a live organ from Max Hospital, Saket to ILBS Hospital, Vasant Kunj.

Managed under the supervision of Vasant Vihar Inspector Vidya Dhar, the green corridor began at 12:02 am and was completed at 12:10 a.m. during which the organ was transported over a distance of seven kilometers in 8 minutes and 28 seconds.

The transport of a beating heart from Fortis Hospital, Vasant Kunj to Max Super Specialty Hospital, Saket covered a distance of 8.1 kilometers in a recorded time of six minutes.

The corridor opened at 02:21 am and closed at 02:29 am The distance of 8.1 kilometers was covered in six minutes. This corridor was managed by ACP Vijay Pal Tomar.

The 41-year-old donor of Nepalese origin was brought into the emergency ward of Fortis Hospital, after a road accident. The patient was non-responsive and unconscious at the time of arrival and was declared brain dead on Tuesday, November 22. Thereafter, the proposal to donate his organs for a larger cause was discussed with his family.

Geeta Thapa, the wife of the donor shared, "I had heard about organ donation but never imagined that it would become a reality for me one day. No words can express my loss, but I am proud of the fact that my husband has been able to grant life to others even as he is no more. I pray for the well-being of the recipients".

In the first week of this month a 'green corridor' was formed by the Kolkata Police in the city to transport liver and kidney from Apollo Gleneagles Hospital (AGH) in Bypass and SSKM hospital in Bhawanipore. The distance of over 10 kilometers, usually covered in over 45 minutes, was traversed in 14 minutes.

In May this year as well, two green corridors were set up in Pune for the first time to transport a heart from Ruby Hall Clinic in the city to Mumbai, and a liver from Nashik to a city hospital.