Delhi CM was alleged of giving false information in an affidavit filed in the run up to 2013 Assembly polls. 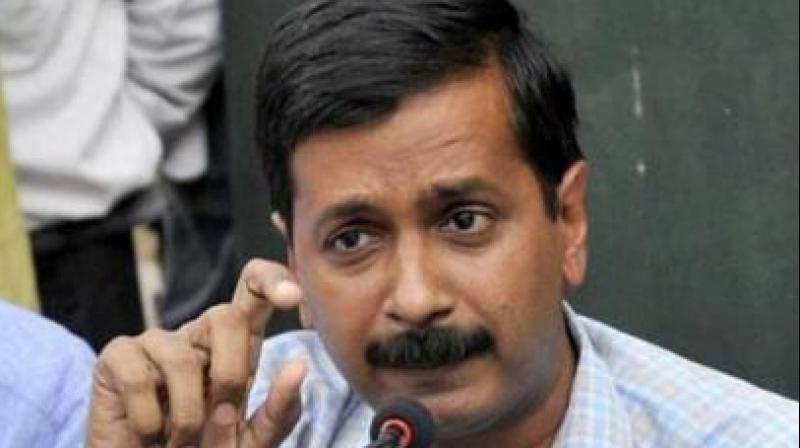 The court had on August 31 exempted the CM from appearance for one day while directing him to personally appear before it on Friday. (Photo: PTI)

New Delhi: A Delhi court today granted bail to Chief Minister Arvind Kejriwal in a case of allegedly giving false information in an affidavit filed in the run up to 2013 Assembly polls.

Metropolitan Magistrate Ashish Gupta granted the relief to Kejriwal, who appeared in court in pursuance to its direction, on a personal bond of Rs 10,000 and posted the matter for next hearing on April 7, 2017.

The court had on August 31 exempted the CM from appearance for one day while directing him to personally appear before it today, considering that bail proceedings were pending.

Kejriwal was allowed exemption by the court on the ground that he could not appear due to "exigencies of work and some important meetings and discharge of his duties".

The court had summoned Kejriwal in February this year on a criminal complaint filed by Neeraj Saxena and Anuj Agarwal on behalf of the NGO, noting that the politician had prima facie "willfully concealed" and "suppressed" his details in 2013 elections.

It had noted that there was "sufficient ground" to proceed against him on allegations that he had concealed his correct address and suppressed the market value of his property in his affidavit to the Election Commission.

Earlier, the NGO had approached Delhi High Court with a plea seeking quashing of Kejriwal's nomination papers on the ground of "illegalities" in his affidavit.

High Court had refused to entertain the plea and directed the petitioners to approach a magisterial court for remedy.

The NGO in its petition before the high court had alleged that Kejriwal had violated provisions of the Representation of the People Act by submitting an affidavit which had incorrect details of his assets and income at the time of filing of the nomination.

The offence under section 125-A of the Act entails a punishment of six months jail term and/or fine or both.

The complaint was filed under several sections of RP Act and IPC for the alleged offences committed by him before holding the office of the Chief Minister of Delhi.

The complaint alleged that Kejriwal falsely gave his Delhi address so as to qualify for contesting polls in the capital though he was living at Ghaziabad in Uttar Pradesh.

This prima facie amounted to willful concealment, suppression and furnishing of false information, it was claimed.