The incident took place on Tuesday evening when Mr. Shastri in his car was heading towards Vinobha Nagar. 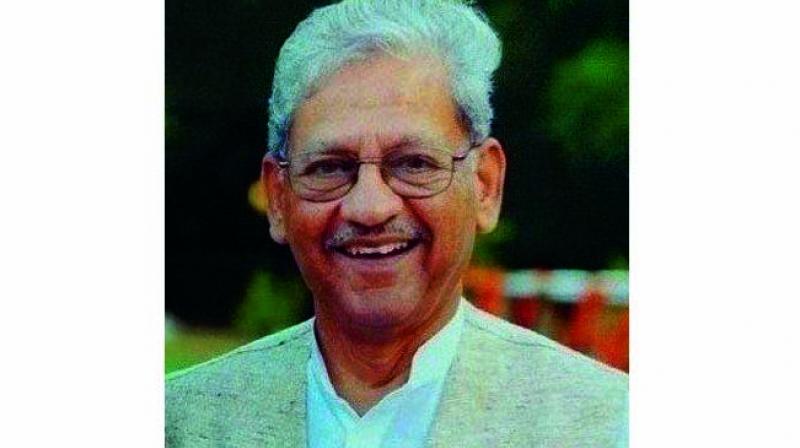 New Delhi: Despite the police’s claims that the capital’s streets are safe and that the police was doing everything to nip the crime in the bud, on Tuesday evening, former Prime Minister Lal Bahadur Shastri’s son Sunil Shastri became the target of the thak-thak gang.

According to the police, former MP Sunil Shastri was returning to his office in Lajpat Nagar’s Vinobha Nagar from AIIMS after his check-up when the members of thak-thak gang made him the target. The incident took place on Tuesday evening when Mr. Shastri in his car was heading towards Vinobha Nagar.

When his car reached Aurobindo Marg in South Delhi and took a U-turn, a youth approached the car and allegedly knocked at the window. When the driver was about to roll the window down, another knock followed at the window next to driving seat. By the time the driver could ask, the man standing on the left made away with the bag kept next to driver’s seat.

In his complaint to the police, Mr Shastri stated that they learnt about the theft upon reaching the office, when they failed to find the bag.

Soon after, the police was informed. According to Mr Shastri, the bag contained two-entry ticket to Sansad Bhawan, his identity card, and also passes for Republic Day parade besides important documents. Hauz Khas police has taken up a case and probe has been initiated into the same.