The data collected will be used by them to prepare an action plan in each of these areas. 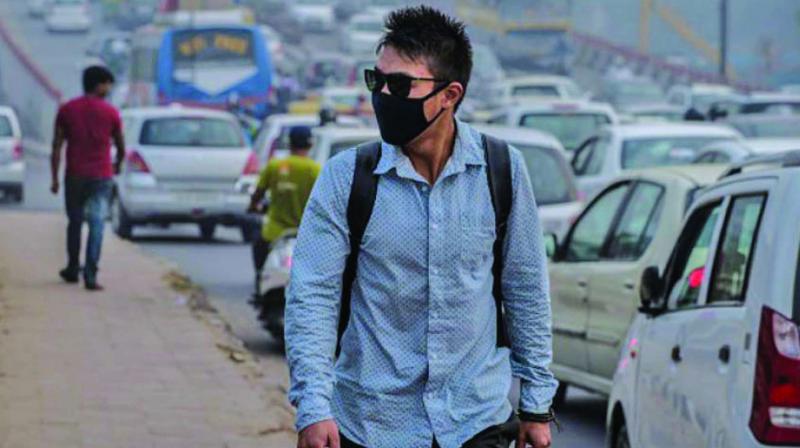 The campaign was initiated by a not-for-profit organisation, Clean Air Asia.

New Delhi: A group of 50 students took to the streets last weekend to assess the city’s air quality. Under the project, they visited at least 15 locations with air quality sensors to record the pollution levels in these areas and to analyse the causes.

The students also undertook “perception surveys,” a study of the perceptions of people on the air quality in their neighborhood and awareness among them about the issue. Youth from different backgrounds like technology, social sciences, and MBA visited various locations across Delhi on Saturday and Sunday to monitor particulate matter (PM) 2.5 in these areas. Under the project, titled Youth Clean Air Network (YCan), they interviewed more than 1,500 people and took readings of PM 2.5. The data collected will be used by them to prepare an action plan in each of these areas. “We are all very excited about getting our action plans together and starting our work across Delhi. In my zone here in North Delhi, we have done surveys and monitored the air quality in Haiderpur Badli, Hudson Lane, and Rohini. The other zones have also selected their locations strategically, covering areas with different sources of air pollution like garbage burning, construction, vehicular emissions and industrial emissions,” said Preeti
Gupta, a fourth-year student involved in the exercise. The group visited locations like Haiderpur Badli, GTB Nagar, and Rohini in North Delhi; Satya Niketan, Okhla, and South Extension Flyover in South Delhi; Laxmi Nagar, Nirman Vihar, and Mayur Vihar in East Delhi; Punjabi Bagh, Peera Garhi, and Kirti Nagar in West Delhi; Mandi House, and ITO in Central Delhi.

The campaign was initiated by a not-for-profit organisation, Clean Air Asia. It was also attended by representatives from many embassies.