Residents protested in Ghazipur on Tuesday demanding action against the cleric. 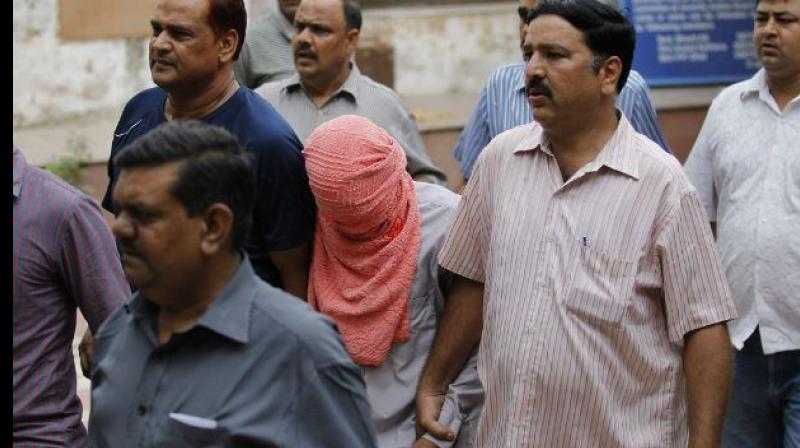 New Delhi: A 10-year-old girl was taken from her home in east Delhi’s Ghazipur to a madrasa in Ghaziabad and raped there by a juvenile. The incident triggered protests in the area with locals demanding that the madrasa cleric be arrested for his alleged involvement in the matter. The police said that he was being questioned.

The police was informed on April 21 by the girl’s father that his daughter had gone missing after she went to the market. The police registered a case and during investigation, found a CCTV footage in which the accused was seen taking the girl along with him, they added.

The police traced the juvenile to a madrasa where he studied and apprehended him. The girl was recovered from there, the police said.

The girl’s statement was recorded in front of a magistrate on Monday. The accused was sent to a juvenile justice home.

The girl’s family was earlier staying in Ghaziabad before moving to Ghazipur and was known to the family of the accused juvenile.

The police are questioning the cleric if he was aware that the girl had been kept there and about his involvement in the matter.

Residents protested in Ghazipur on Tuesday demanding action against the cleric.

“We have assured them that fair investigation is being conducted on merits and no one will be spared if he is involved in the crime. Owing to inter-state ramifications of the case and for thorough in-depth investigation, the case is being transferred to the crime branch,” said Ravindra Yadav, joint commissioner of police (eastern range).